On My Block: Why the Core 4 Broke Up & Jamal at The Center of it All

On My Block begins with the longtime friends the summer before starting high school, and their only worry is how to withstand it together. Then a time jump trails into the few days before school starts. Monse has now returned from camp, a mature young lady with no braces and new confidence; Cesar is recruited into the Santos; Ruby and Jamal appear the same. In a matter of a month or two, the group dynamic has shifted without them realizing it.

Monse and Cesar entered into a romantic relationship, naturally dividing the group, pulling Ruby and Jamal into another direction. Moreover, ironically Cesar getting jumped into the gang brought them together, but it also created long-term damage for the group. With tragedies and heated contentions following in each season.

So from the beginning, their experiences already caused some distance that was to be expected. Yet, Monse, Cesar, Ruby, and Jamal remained close and were the model friends anyone would be lucky to have. They were willing and did put their lives on the line to save the ‘glue,’ keeping them united, Cesar. Although in Season 3’s finale, we learn it was Monse that fulfilled this position as she was the one who started the ‘Save Cesar’ campaign, but once she left, everyone broke up.

For that reason, many tangled and emotionally layered moments exhibit the actual state of their friendship and how each character navigates their bond. A great way to break this down and get a clearer perspective is if we look closer into the treatment of Jamal within the core 4, Monse wanting to escape Freeridge, Ruby’s PTSD, and Cesar’s growing indifference to violence. Nonetheless, through each breakdown, it is relevant to recognize the group’s treatment of Jamal most, as it weaves together why they had to part ways. 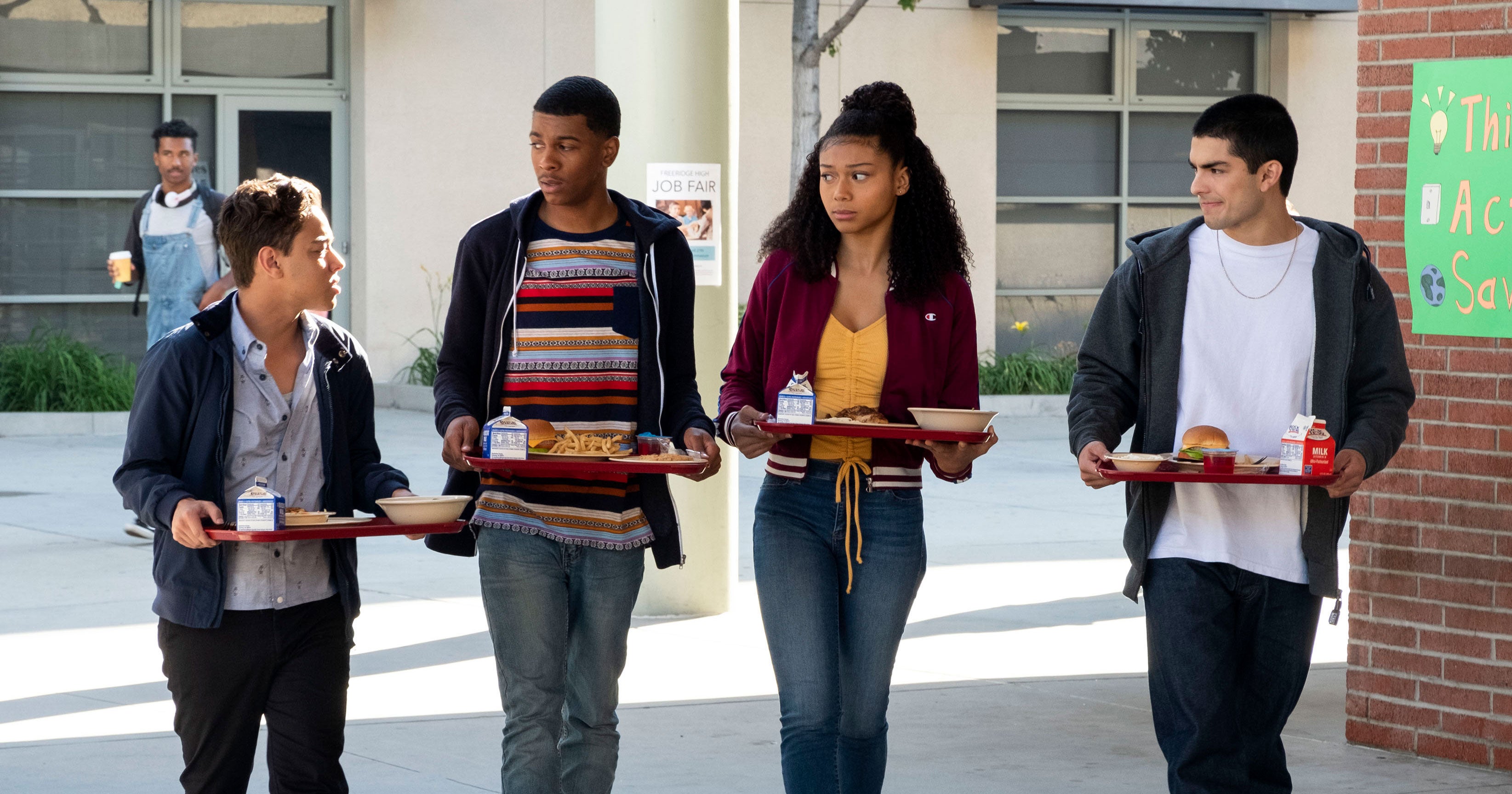 As follows, what we can say of Jamal’s personality is that he is a weird, neurotic person that embellishes just about anything with manic energy. The core 4, most notably Monse, is annoyed by his behavior and is often the one telling him to shut up or not taking him seriously. Throughout the show, we see similar reactions to Jamal from Ruby and Cesar in different scenarios that are illuminating of their dynamic. For instance, when Ruby says, “We don’t forget about you. We ignore you.”  and his and Jamal’s worst fight at the church in Season 2. Jamal goes alone and ends up finding the money, and Ruby continues planning Olivia’s birthday. Noticeably, nobody is concerned about Jamal’s absence or is affected by it. These two are the closest, so it speaks volumes to how easily Ruby and the rest disregard him. The party is just one of the numerous times he is forgotten, and with no apology when confronted.

With that said, paying closer attention to how the series unfolds, we can say that Jamal is not appreciated by his friends as he should or appears to be, in which his ending is vindicated. This outcome can also suggest how he played a more significant role in the group’s unity then understood before since Cesar and Ruby separated too. As a result, he ends up a Jock with friends that happen to give him the attention he always wanted. However, if still not convinced about this theory, Jamal’s friendship with Monse and Cesar is just as telling.

Loyal to both, Cesar and Monse only seem to value Jamal when he has something to offer. It’s not to say they do not have a bond—it just does not match how Jamal feels for them. Meaning, he does things out of kindness and selflessness for his friends, while Monse and Cesar have selfish tendencies. Take Monse; she consistently does not give Jamal credit for finding the RollerWorld money alone and his part in saving Cesar in more ways than one. Instead, Monse does not take him or his ideas seriously and is dismissive of his efforts. Entitled to the money, Monse feels she had a large part in helping with the RollerWorld conspiracy. Still, Jamal looks out for her and even stops being friends with Cesar when she tells him and Ruby to do so, for hooking up with Paula out of respect. After all the fights, Jamal’s last deed for Monse is a personalized care package for private school. Thoughtful and loyal, it seems like she never fully realized how much he was there for her.

Nevertheless, Monse was not only selfish at times to Jamal but the entire group. In some ways understandable, Monse grew afraid of what staying in Freeridge would entail and wanted to leave. Especially motivating this move was seeing how distraught Ruby still was during his PTSD incident, hitting home for her most. Resulted was Monse going to stay with her mother, and when she had the opportunity to attend a private school far from the neighborhood. In which, later in Season 3 she planned on abandoning the group to avoid dealing with Cuchillos. Although, her final departure results in her not returning and the rest disbanding. It proposes that Monse was the actual ‘glue’ of the group even if she tried to abandon everyone to save herself. 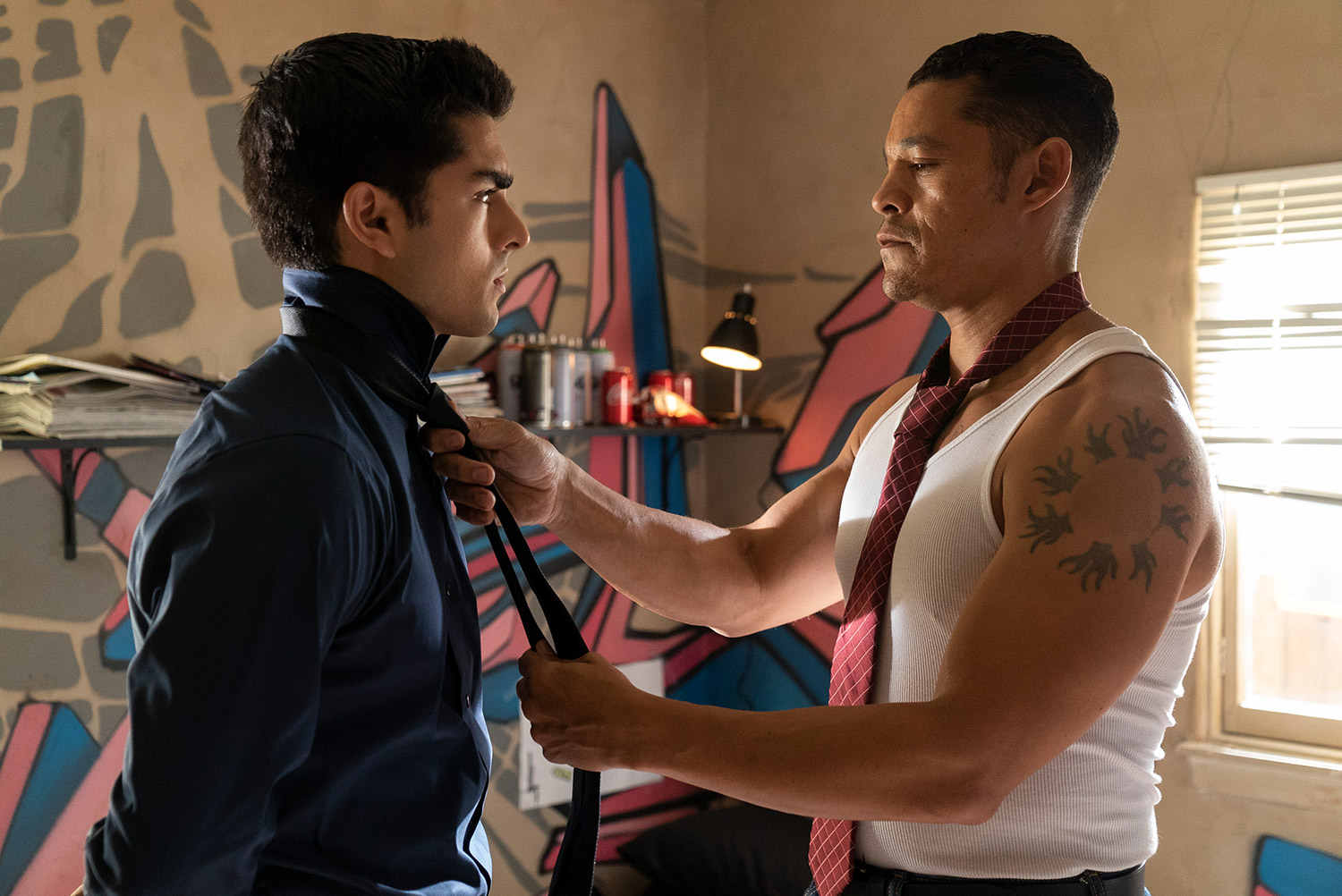 As for Cesar, since Season 1, the core 4 did everything they could to change his destiny. He had Monse’s love, Ruby’s support, and Jamal’s loyalty and caring spirit. Yet, he succumbed to the gang life regardless and became the head of the Santos. There are various reasons as to why he got there, but along the way, we observed through his friendships, it was inevitable. Such as accepting that he is meant for gang life when he pushes Monse to leave for the private school, knowing what is in store for himself. Or is the cause for Olivia dying and Ruby getting shot—leading to his PTSD and changing his life forever.

Then, for everyone, including Jamal, knowing his association with him alone, puts the people he cares for most in danger. During which Jamal and Ruby touch on in their last group fight. Ruby calls everyone Cesar’s collateral damage, and Jamal says, “Just being your friend is a liability.” Furthermore, Cesar’s story finally unfolds by Season 3; he is now okay with taking a life. One moment, in particular, exemplary of this is when Monse asks Cesar if this would be the only time (to kill) in which he does not answer; then, when he willingly appoints himself the leader of the Santos and appears to embrace that lifestyle completely. Cesar’s arc has finally come full circle, proving his previous experiences shaped him for the worse.

Lastly, it is crucial to mention Cesar and Jamal’s dynamic, given; he honestly had his back to the end in more ways than Monse or Ruby. First, his persistence found the RollerWorld money that releases Cesar from the gang since Spooky made the offering when Monse and Ruby’s efforts failed. Let’s Cesar live with his family for protection, gets him a job, and is there to console him when Monse leaves for Brentwood. Wistfully, Cesar still did not regard Jamal in the same respect.

Such as when he says out of anger in a Season 3 episode, “This isn’t some dumb conspiracy. You can’t help me.” Yes, Ruby and Monse supported in some ways, but not to the extent of Jamal. Looking at their relationship totally, Jamal was just as much the ‘glue’ as Monse was until the death of Cuchillos to which they all were pierced by it. Hence, regarding all seasons, the group’s departure was a long time coming—a slow burn. On My Block reminds us of an unfortunate truth. That even our closest relationships can fracture as a result of harsh realities and how we manage our individual experiences.

Do you agree with me? If not, why do you think the core 4 broke up?