What the 'Before' Trilogy Teaches Us About Love

Ethan Hawke and Julie Delpy graced the big screen with their modern take on love 25 years ago today, in the 90’s indie classic Before Sunrise (1995). Still, it has not lost its charm or esteem among the romance genre. Taking place in the effervescent streets of Vienna, Richard Linklater made an intelligent, reflective, and unabashedly romantic screenplay that was followed by two equally unforgettable sequels—Before Sunset (2004) and Before Midnight (2013). Distinct from romantic comedies then and today, which is often very contrived, the series captures a naturalistic feel and is more concerned with reality than storybook narratives.

Preferably, Linklater committed to a structure that involved interesting people traveling on trains in Europe in the space of a day—and amidst this time, challenge through his two leads the dreary, unrealistic portrayals of relationships associated with the standard romantic film. Therefore, creating an unconventional indie romance brimming with passionate conversation prompting introspection. Doing so makes the story more engaging to watch through these two characters while illuminating for the viewer as well. As a result, it becomes a film that entertains and exercises the mind to think deeper and connect with past or current revelations the audience may hold. 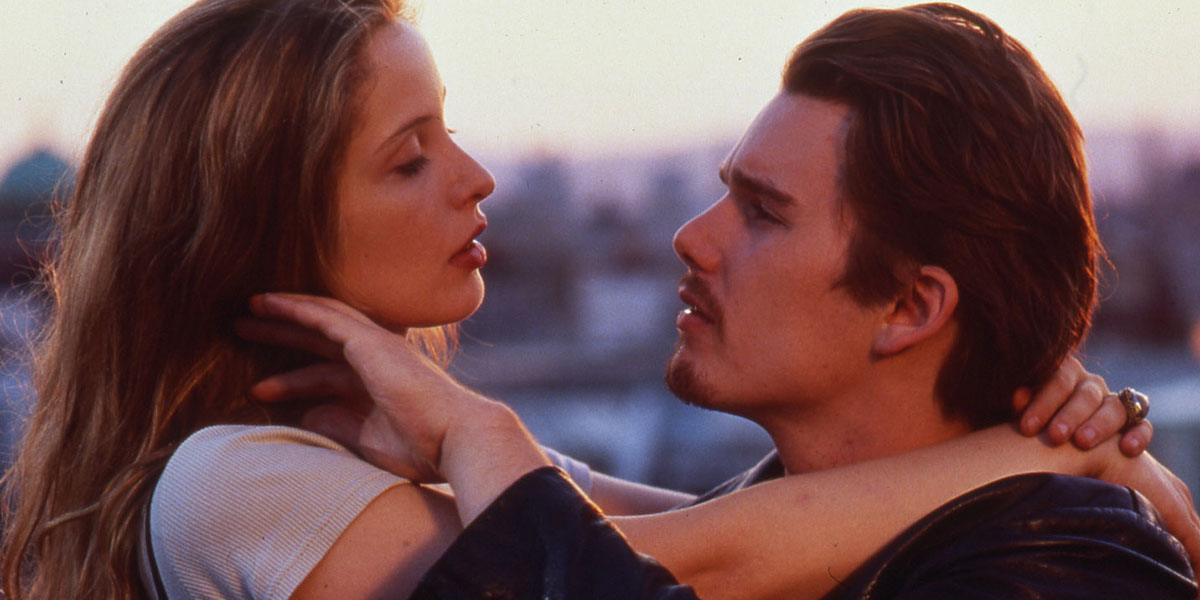 For this reason, Linklater’s authentic screenplay’s are fundamental to the trilogy’s standing as some of the best romance movies ever made. He effectively made a movie about love and living in the moment without the clichés and gimmicks, crafting a genuinely refreshing movie experience. We get a spectrum of exchanges between Jesse (Ethan Hawke) and Celine (Julie Delpy) that make us fall in love with falling in love as they sweep us off our feet with their words and electric performances. Thus, to further exemplify the excellency of Before Sunrise, Before Sunset, and Before Midnight’s screenplay’s, this article will take a look closer at the most moving and romantic quotes from the series. Let us start with the angelic Celine when she says, “You can never replace anyone because everyone is made up of such beautiful specific details.” The type of love Celine is expressing suggests one with the affection and sentiment of an older individual. During a time when people are more likely to look past money and materialistic things that do not, in any way, define a person or make them replaceable. We are now bombarded with technology more than ever before making the details much harder to notice and most importantly, appreciate. On top of that, the meaning of love has been hijacked. We no longer listen to our hearts but, instead, the media’s definition of what love feels, and should look like. That is why Celine’s outlook is poignant and an essential one to remember; it resonated then and still today. Celine teaches us that the value of the people in our lives is something we should never lose sight of or forget.

This next quote is from Jesse, where he defines what love is; he say’s “What is love, if it’s not respect, trust, admiration?” It tells us what the male lead thinks love should be. Jesse’s notion of love is not often illuminated in romance films. On the contrary, audiences are reminded of the romantic interest and pursuers beauty or lack of (subjective but implied still) and occupation. Not much time is spent on addressing qualities that lead to pure, conscious love, in which Jesse’s quote does. Alternatively, when Celine says, “Isn’t everything we do in life a way to be loved a little more?” adds to Jesse’s idea of what love entails. In which she believes it does not end at earning respect, trust, and admiration, but that we never feel entirely satisfied—we always desire more. Everything we do is a step closer to additional, greater love.

The trilogy also addresses when someone may know when they are in love. Celine say’s, “I think I can fall in love when I know everything about someone—the way he’s going to part his hair, which shirt he’s going to wear that day, knowing the exact story he’d tell in a given situation. I’m sure that’s when I know I’m really in love.” This quote from Before Sunset relates to how in Before Sunrise when Celine speaks of no one being able to be replaced since everyone is made of beautiful specific details. What is fantastic about this connection is that she speaks of the details in high regard in the first film as if they are the gateway to love, then affirms this idea in the second film shown in the quote above. 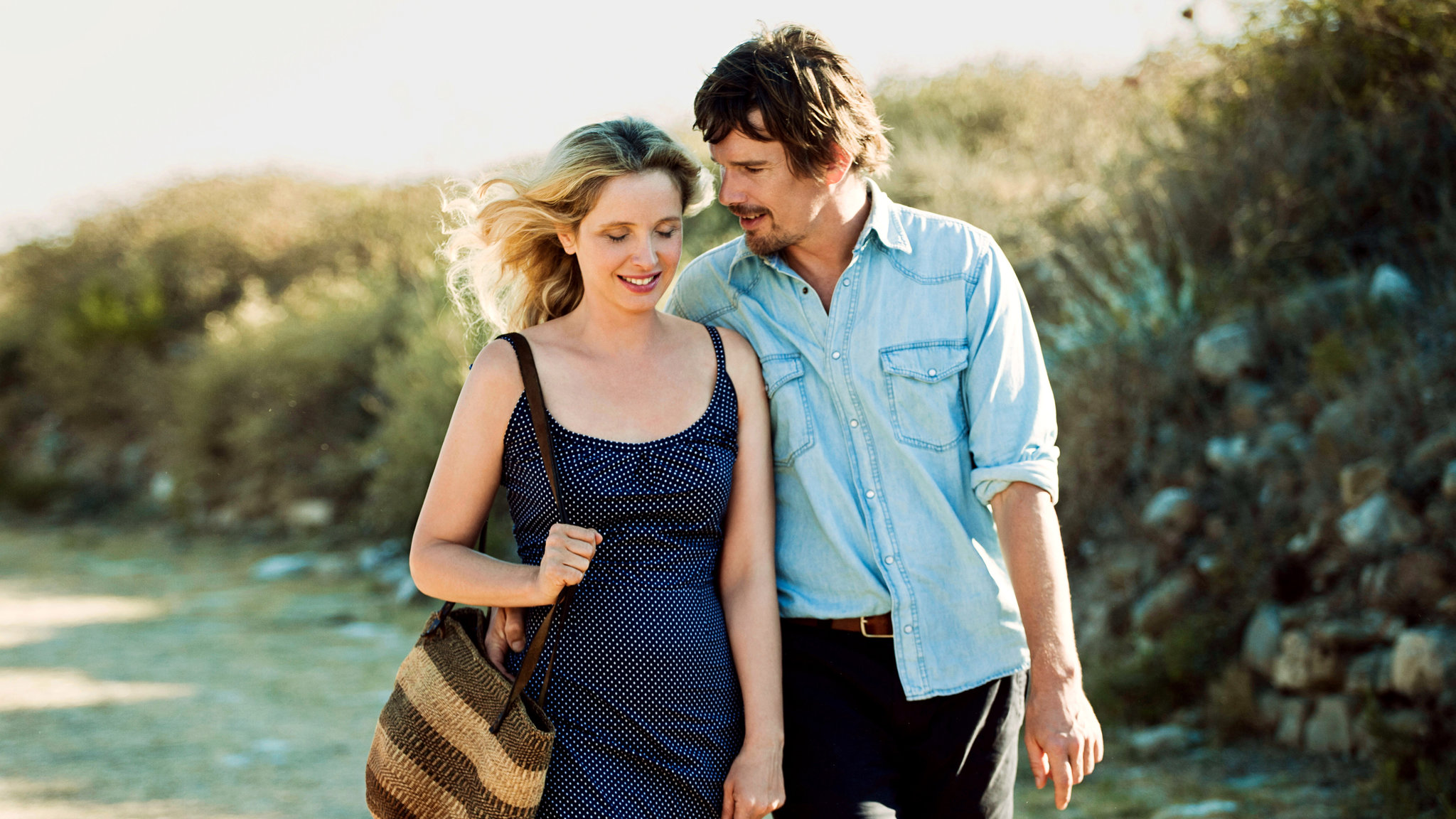 Nonetheless, some of the wisest lessons and beautifully ambitious musings about love come from the trilogy’s concluding film, Before Midnight. Therefore, a vital lesson comes when Jesse say’s, “If you want love, then this is it. This is real life. It’s not perfect but it’s real.” Blunt and straight to the point, this quote breaks away from the cliché of romance films that decorate shallowness and present it as perfect love. In reality, most know that the feeling of love in its purest form is complicated and imperfect. Then, “I accept the whole package, the crazy and the brilliant. I know you’re not gonna change and I don’t want you to. It’s called accepting you for being you.” is a quote that reminds us once again that people are complicated and sometimes maddening, but just because they are not perfect, it is in no way a reason to give up on them.

However, the most wonderfully unexpected quote of them all comes from the character Patrick (Walter Lassally) when he responds to the soul mate notion and that his wife had a more rational outlook on love. He says, “She took care of herself and asked me to do the same. We had plenty of room to meet in the middle. But it must be obvious my wife is not here today. We were never one person. Always two. We preferred it that way…it’s not the love of one person that matters, it’s the love of life.” Patrick opens the door for a perspective on love that is not often, or if ever, explored in romance films. It is a freeing way to love another person and is why it is the wisest of the quotes from the trilogy. And so, Richard Linklater sought out and successfully captured the rush of meeting someone new, falling for them, and exploring life and love after it all with honest care.

The ‘Before’ trilogy remains to be my favorite romantic story. They discuss perspectives on love not often seen in film, which I appreciate. Did you learn anything new about love watching these movies or from the article?

BoJack Horseman (2014): The Idea of Being Powerless in Childhood & Adulthood

The Mummy (1999): An Adventure Movie Classic