In this genre-bending series, the harrowing Jim Crow South, monsters, witches, and the MVP Jurnee Smollet are the highlights of episode one of Misha Green‘s Lovecraft Country. And produced by sci-fi/horror creators Jordan Peele and J.J. Abrams. Although not the lead, Smollett managed to steal and elevate every scene she was in—man can she run! The rest of the cast, lead, Jonathan Majors as the wonderfully named Atticus Freeman (An ode to Atticus Finch in To Kill A Mockingbird) and his empathetic Uncle George Freeman played by Courtney B. Vance round out the main cast.

Dynamic and eventful, the introduction of Lovecraft Country propels us into the mind of Atticus “Tic,” filled with war, imaginative monsters, aliens, and admired baseball talent Jackie Robinson ripping apart the Lovecraft invented, Cthulhu with the swing of his bat. An unforgettable, glorious first act of a pilot. Though, much to my disappointment after such an enthralling opening scene, Majors does not do enough to compellingly convey the tonal shifts of the character for the remaining parts of the episode. Hopefully, this will not continue going forward, as Majors has already proven capable of doing some great work (The Last Black Man in San Francisco). Nonetheless, Atticus did deliver one of the best line’s when he tells the cop to kill his now turned monster sheriff, shouting, “Shoot the motherfucker!” The delivery was perfect, and what all of us were thinking.

A New Kind of Fantasy Heroine

On the contrary, Jurnee’s Letitia Lewis is a firecracker of energy, sass, and ambition, becoming a new fantasy Heroine we didn’t know we needed. Played with an audacious spirit, Jurnee becomes Letitia with full force through her strut, spunk for life, and how she occupies the screen. Introduced during the block party scene, she commands the attention of everyone when she hits the stage. It helps that her costumes are lovely, too.

The cigarette pants, high waisted skirts, and collared tops she wore perfectly captured the 50s feminine look still adored today. Enter a childhood friend Atticus back into her life, Letitia is now thrust into yet another insidious world that blends the horrors of the Jim Crow South and mythical creatures. All to challenge the hero’s and heroine’s ability to defy insurmountable odds beyond their imagination and sinister reality.

Now traveling with Atticus and Uncle George, Jurnee’s stand-out work as the character goes into full effect. When the racist cast their white gaze upon her, she tosses their appalling behavior right back at them with a look of her own. It solidifies her presence in the world despite some people’s ruthless refusal to acknowledge it, to convey her characters indomitable dignity. She vehemently rejects to be anything but what she knows she is, uttering lines such as, “My name’s not girl. It’s Letitia fuckin’ Lewis!” stealing scenes left and right.

But just like most climaxes and the scenes right before it, the characters are emotionally and physically put to the test with Letitia delivering the best bits. Therefore, leading up the gory ending, Letitia first saves herself and her male companions from a mob of white supremacists hell-bent on killing every one of them for entering a diner. She does so by overhearing the waiter call over the mob of men for which Letitia hilariously bolts from the bathroom and out the front door to the car screaming for Atticus and Uncle George to leave. Successfully, in a car chase scene, steers the gang onto the road and off into the countryside to safety.

The second time she saves the gang is at the final climax when they are caught again by a mob of supremacist, only this time they are authorities. Unfortunately for them, they get interrupted by slimy monsters with ghoulish eyes attacking the cops and giving Atticus and company time to escape into a cabin along with two surviving cops. Tension continues to rise as Letitia is, again, forced to be the hero and sprint alone through the trail sheltered among nothing but trees and monsters leaping from them. Letitia’s running shows us how you get away! Exhilarating to watch Jurnee Smollett’s athleticism and convincing terror as she dashes through the dark, desolate road, it was even more amazing when she returns with the flares to give them their best chance. This tale is just the beginning of Lovecraft Country’s strange world. 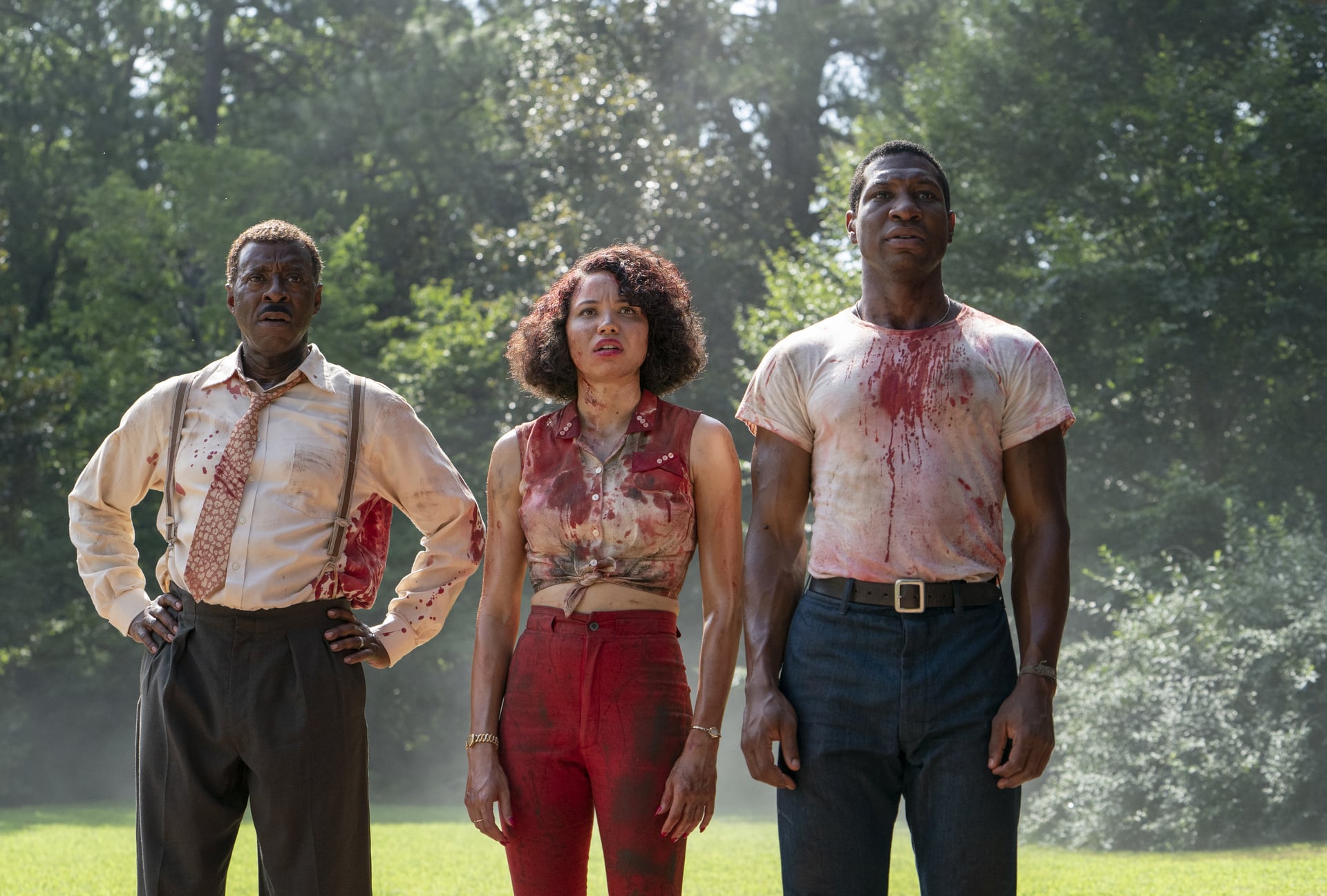 What did you think of the genre-bending new series?