The Haunting of Hill House: An Expertly Crafted Elegant Horror

The Haunting of Hill House significantly surpasses horror story expectations and is the best work of its kind since Kubrick’s The Shining. Expertly crafted elegant visuals, storytelling, acting, and production, with emotional depth; this show should not be missed. After watching horror favorites like The Walking Dead and American Horror Story, Mike Flanagan‘s work in Hill House noticeably stands out and, in turn, has successfully opened up more perspectives for the genre. The series’ beautiful balance of supernatural and familial drama was not only penetrating and absorbing, but it also felt relatable and close to home.

Steve, Shirley, Theo, Luke, Nell, Hugh, and Olivia are characters we sincerely care for, hard to come by, or convey in the horror genre. If we did care before, it appears superficial now compared to how Hill House handled the Crain family. Nevertheless, it never loses its exceptional horror qualities, prompting not just fear, but unnerving emotions that hit the viewer at their core. There are frightful moments that get under your skin and feel as though they are shooting through your body, which may be because of its strong emotional component.

However, acclaim does not stop there. As mentioned before, the Crain family is a lot of why this show works, and its depiction of several strong relationships, one is bound to strike a chord with the viewer. As a result, the looming sense of terror and death present for these characters reaches out to us and make us think we could experience the same thing with our family and wonder how we would react to the situation. The relatability aspect, hence, is what contributes to the shows unnerving quality.

Defying the rules of a horror story, The Haunting of Hill House establishes from the first episode the youngest child, Eleanor “Nell” has died and chooses to unravel her cause of death and confront haunting family problems by flashing between past and present. Knowing this, it deviates from the typical horror set-up. It asks us to go on this terrifyingly emotional journey of grief, death, addiction, resentment, fear, and denial within such a nice, normal, and loving family.

Normally horror personas are either badass/lucky protagonists that survive the killer with not much else to them or depicted as reckless and shallow casualties. Not with the Crain clan where we care, see them as genuinely innocent, and want them to overcome. Being able to accomplish that in the horror genre can be appreciated and commended.

Hugh Crain: A Father Depiction We Need More Of

Furthermore, Flanagan did a great job rendering a devoted and kind father, a role that too often takes a back seat in narratives when they should be celebrated much more. Even worse in current storytelling, the ‘bad dad’ storyline is way too prevalent. Hugh Crain, played by Henry Thomas (formally the child actor from E.T), shattered the agenda-driven trend and illustrated a normal, hard-working, attentive, kind, but haunted father.

The Crain family has its issues with the supernatural and communication; still, never was there a moment when Hugh made us question the love for his family. He was a gentle joy to watch even if he could have handled his family tragedy better, but hey, we are all human and make mistakes.

But wow. The shows excellent production design is what any horror fan would dream of; it is that drop-dead gorgeous. The amount of detail and quality is impeccable and lavishly dreadful. And a testament to the benefit of shooting on built controlled locations as most of it was shot on sound stages. It also gives a production time and reach under the condition of telling the story that they want. 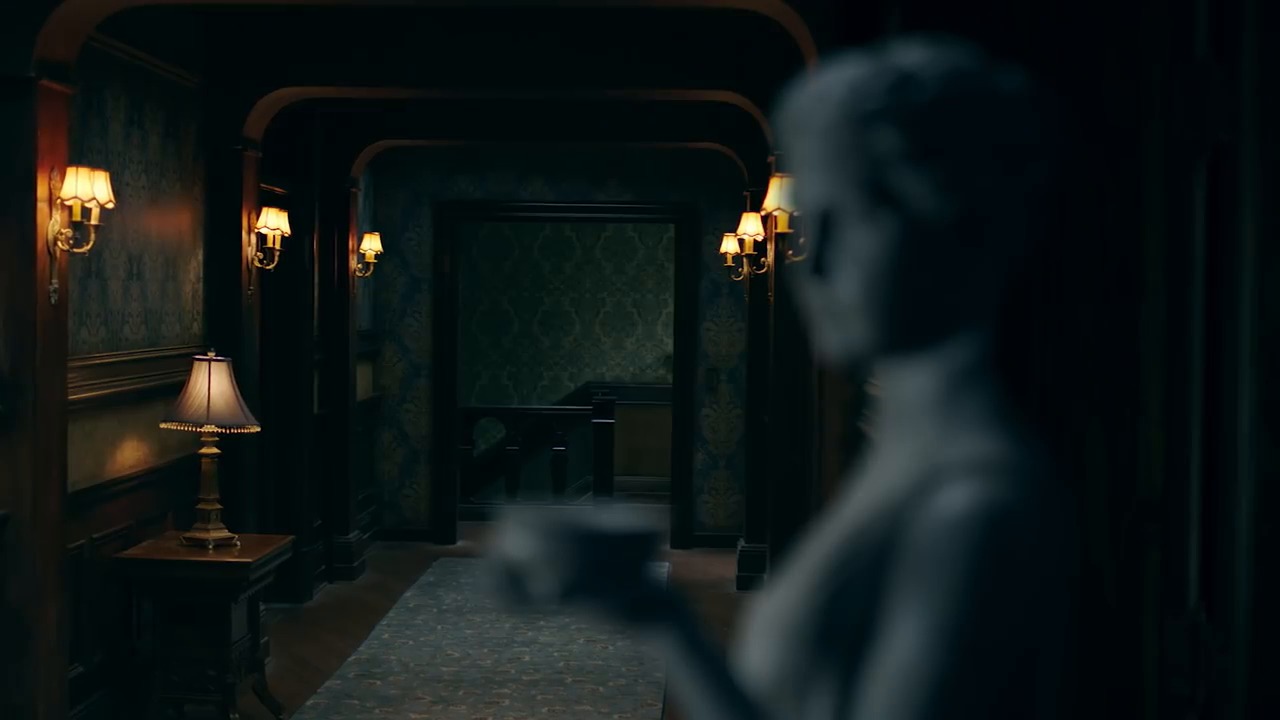 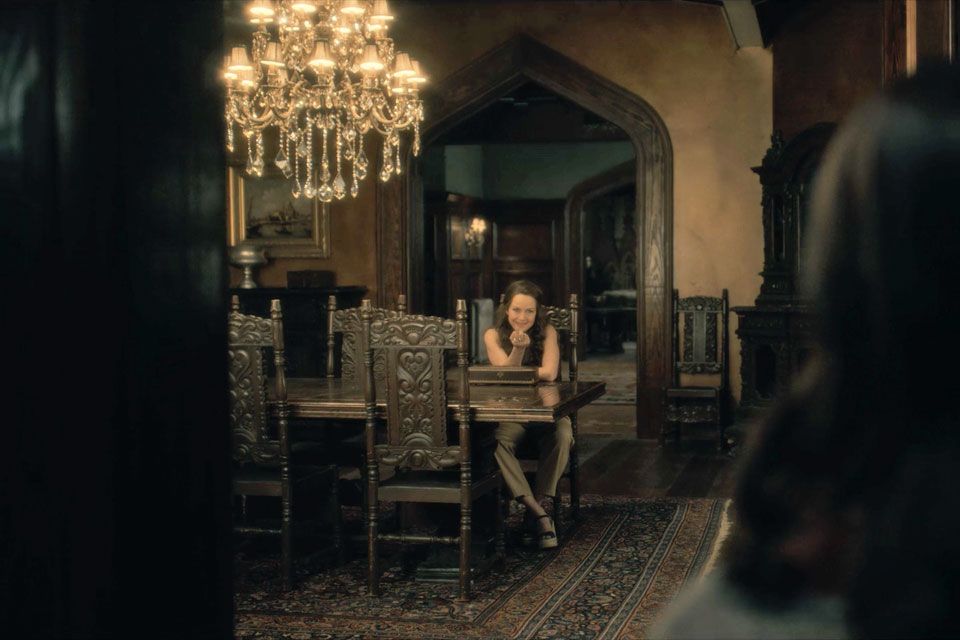 Usually, production teams have to consider if they can get a shot or not due to weather conditions like losing the daylight, a sound stage in the way, or other factors impeding on the shot. Particularly beneficial as well if the creative team has a strong hand in the shows look as they do with The Haunting of Hill House. Now they can manufacture daylight or nighttime and make it a controlled environment better, allowing for something amazing or exactly what you want. In the case of this show, everything did come together flawlessly.

Speaking of making something flawless, we were graced with stunningly realized VFX rendered supernatural figures. Perfect every time they hit the screen, these moments are instantly both chilling and fascinating, and therefore resonate deeply. Viewers will be heart-shaken by what they see and still will not want to look away at the show’s impressive creations. Honestly, the show really is something any of us ever wanted in a horror story we are largely starved of in Hollywood. 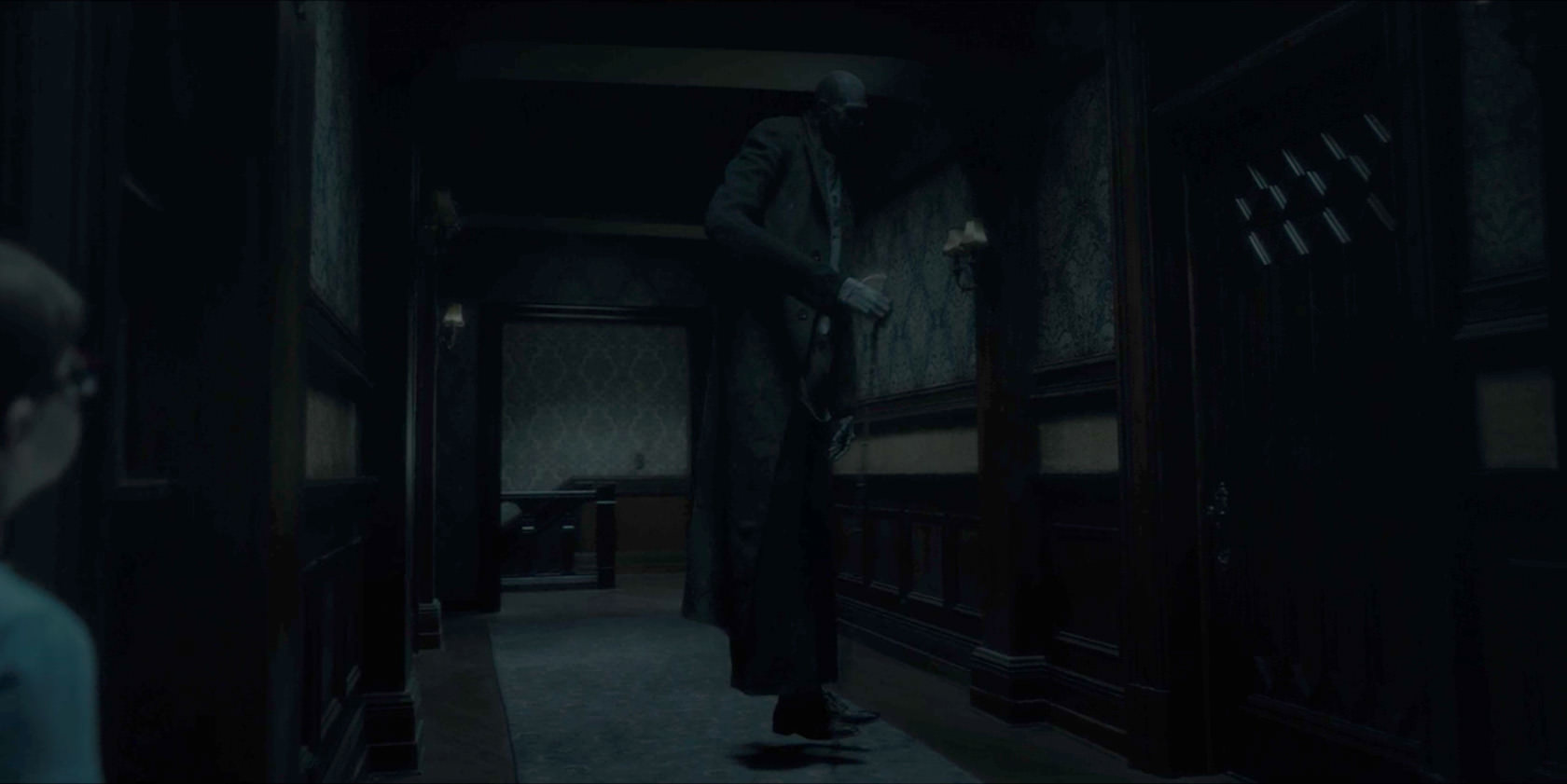 Often, we get gore, blood, and jump scares with not much weight. They can work sometimes, but the elegance of the original tale (The Haunting of Hill House by Shirley Jackson) and other horror novels is missing. In Flanagan’s reimagining of the tale, he decided to go for a look of elegance, with ornate and lavish design becoming a wedding cake horror story. The creative team did not hold back, which Hollywood tends to do. Although some of Hill House’s horrific visuals did not have a reason for including them—either way, it was still great to see top-notch effects.

With the charming portrayal of the Crain family, production design, and visual flair aside, the acting and craftsmanship deserve mention. Overall, the cast was believable, strong, and affecting, with some of its best bits coming in the form of stellar monologues any actor would see as a gift. Especially the brilliantly used one take monologues from Mr. Dudley (Robert Longstreet) when he decides to open up to Hugh with a rich and arresting monologue and Steve’s wife in the finale episode bringing down the hammer on him.

Credit is due to the people behind and in front of the camera. Highly recommend—it would be a crime for fans of this kind of content to not watch it. But it should be noted; after an eight-episode build-up, it does fall apart a bit in the finale. We finally get to see what happened on that fateful night, with a somewhat muted reveal that should have been like “The Bent-Neck-Lady” episode and then turned up to the max.

It would have been amazing to see Olivia as ghoulish as Nell’s reveal was and more aggressive over being aloof and unaware after failing to kill her children and a house full of hostile risen ghosts. Basically, it ended up being several misunderstandings. Finally, the biggest problem was Flanagan idealizing the haunted house. A place that has driven people crazy followed them beyond the property, and had so many of them commit suicide—involuntarily—should not be romanticized.

It was cheating and manipulative to change the show’s rules, turn it around and erase the horror, sadness, and mold and make it appear like a great place, which also took away from the severity of Nell’s tragic murder. Plus, the dad had an unfair ending dying; however, it was beautiful to hear him say before entering the Red Room, “It was an honor to be your dad.” And the reasoning and back story behind the family haunting the house was never explained or explored.

But since The Haunting of Hill House operates skillfully for the most part on every level, it does not really matter that it went off the rails in the finale because everything else was so well-done. Its storytelling, acting, and visuals indeed are rare filmmaking craftsmanship and ought to be used as an example of what horror stories going forward should strive to be or surpass.