'The Boys' Season 2 Episode 4: The Calm Before The Storm

Different direction from what we have seen before in the show, “Nothing Like It in The World” is the calm before the storm. Meditative and intense, it spends time on character building and backstories over its usual brilliant balance of diabolical fun and the dark and brooding. Still, subtle truth bombs ensued throughout the episode, relationships were mended and ended, and an eerie mystery was introduced beside it being a slower episode. One thing remained consistent among every significant revelation: Homelander’s influence over each truth and relationship.

Starlight (Erin Moriarty), A-Train (Jessie T. Usher), Queen Maeve (Dominique McElligott), and Stormfront (Aya Cash) all get their intimate time with Homelander, in a few defining moments for each character and their relationships. The terror begins when Homelander sadistically confronts Starlight for disobeying his orders, where he tosses her by the neck into the elevator wall. Their exchange further highlights Homelander’s insecurity about his diminishing power over The Seven, while they both experience a new side in one another.

Starlight stands up to Homelander, convincing him she is done with Huey and finally grasps the depth of his depravity. A-Train’s dismissal is much lighter and humorous, and in that, we learn Homelander plans to replace him with the much faster Supe, Shockwave. His bases for replacing A-Train shows he not only wants control of the group but the best if he is going to have any chance at solidifying The Seven’s importance and presence at Vought. 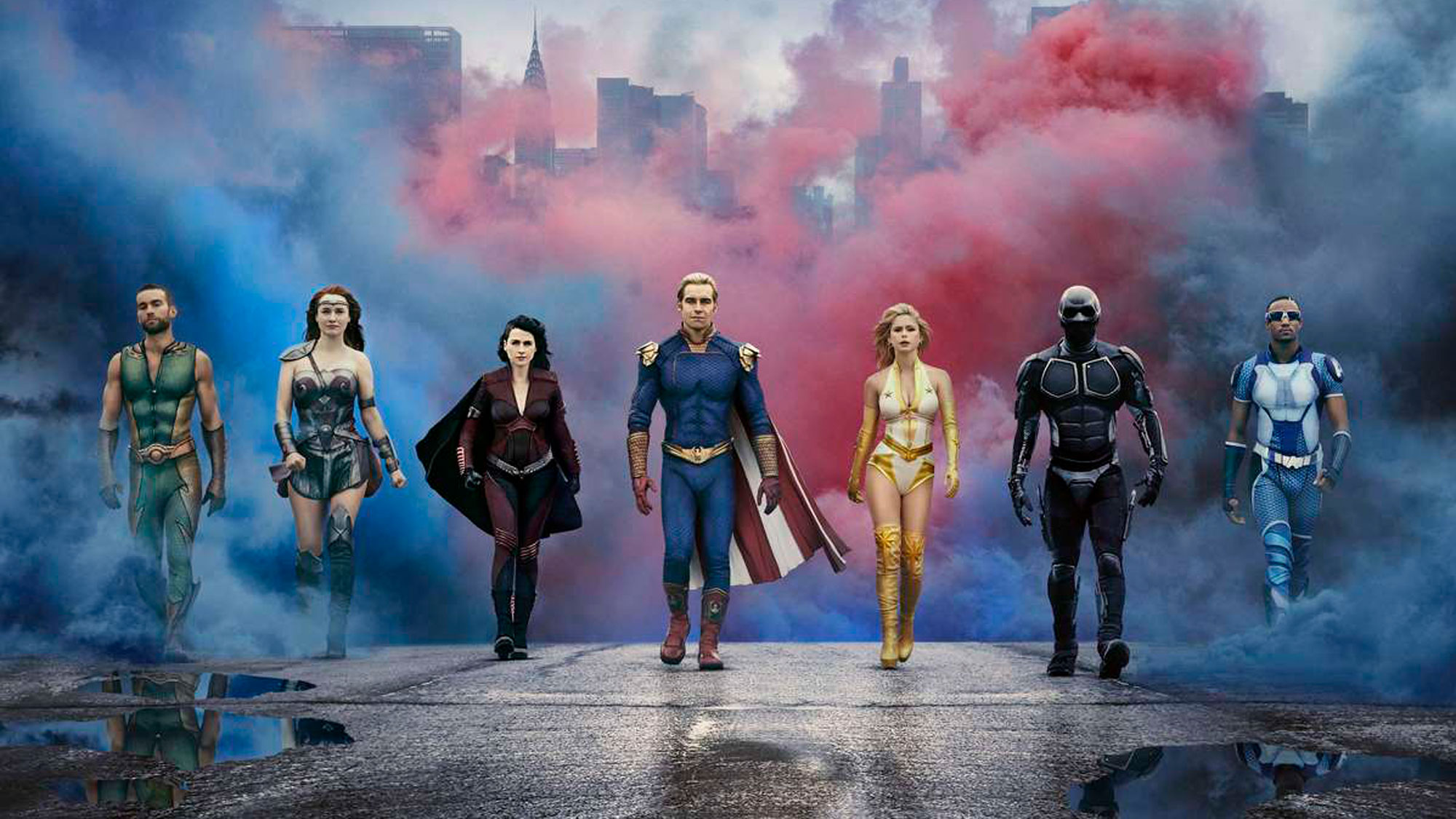 Like Starlight’s elevator scene, Maeve and Stormfront’s relationship with Homelander is illuminating during their dark interactions. As the audience, we fully understand he is unhinged more than ever before at this point, but what makes these scenes satisfying and unforeseen are Maeve and Stormfront’s apparent ignorance of Homelander’s unpredictable state. Maeve knows from experience the cruelness Homelander is capable of; however, she did not foresee him knowing her secret and let alone telling it on national television. At that moment, their dynamic has changed, and now he has leverage over Maeve, who is now afraid for the woman she loves. Ending with Stormfront, we get one of the best scenes in the episode between the two.

“It’s not even gay if it’s with yourself.” -Doppelganger

Up until now, Stormfront appeared calm, unbothered, and bulletproof to criticisms or opinions of the public, Vought, and The Seven, which made her and Homelander’s confrontation evermore chilling. When savvy loud-mouth, Stormfront, undermines Homelander’s approach to branding, she is met with his red-beaming eyes and menacing stare. Dialing back out of fear, she attempts to calm him down and offers her help. This moment marks the first time Stormfront exhibits fear and surrenders control. 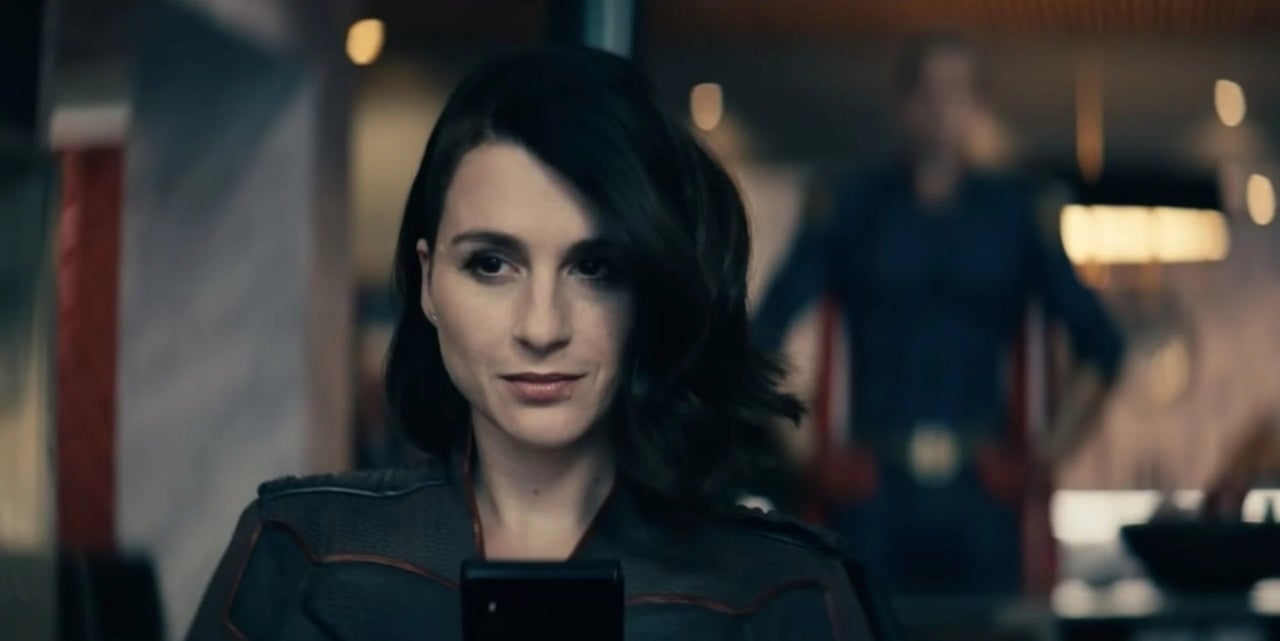 Another dynamic altered, Homelander’s terror finally ends with himself in his most disturbing scene yet. Now deconstructing himself, Homelander decides he does not need anyone to love him or anyone for that matter and proceeds to ‘kill himself,’ breaking doppelgangers neck. By the end of “Nothing Like It in The World,” Homelander proves he will become more unpredictable and dangerous than ever before.

We get a sweet reunion of two people that love each other with Butcher and Becca. Though it does not last long once they come to grips with reality by their third meet-up, where Becca pleads, it will not work. Within her reasoning are where there seems to be a dilemma. Becca stating Homelander raped her and caused her to flee did not appear to be the truth for several reasons.

As sadistic as Homelander is, he and Becca had a connection from their introduction in Season 1 to where she looked smitten by his comments. Homelander ask Stillwell genuinely about whatever happened to Becca as if she had no reason to leave and made an effort to find out the truth. He has stated her, and he had a relationship with her consent. Also, Becca did not reveal immediately to Butcher that she was raped. She waited until their third meet-up to disclose it with a tone of indifference when she wanted to convince him to leave the compound for good.

With that said, I believe Becca made a mistake and had a consensual relationship with Homelander. She then became pregnant and knew Butcher would be enraged; turning to Vought for advice, they ultimately convinced her to go into hiding to protect their investment (The Seven). I think the truth will come out by the finale. Lastly, the Liberty and Mothers Milk (Laz Alonso) revelation was eerie and so damn good. On top of the psychotic superheroes and enigmatic rogue heroes, we now have a fascinating new mystery and are that much closer to Stormfront’s true identity.

From here on, the storm comes.