Tangled (2010) graced cinemas ten years ago, and it was apparent; restored, was the magic of the 90s renaissance. For which Rapunzel was finally realized to let down her 70-foot-long blonde locks for Disney fans. So, a reimagined version of the classic tale recorded by the Brothers Grimm, it featured essentials that distinguish the greatest of the Disney films and even surpassed expectations in some ways. For instance, top-notch animation, a charming and kind princess, a delightfully devilish and witty villain, and great messages told with humor and lots of heart.

Building On The Celebrated Disney Look

Unlike its Disney Princess predecessors, it was made with computer animation but is as warm and rich as a painting. It reinvigorated the franchise by embracing all the best parts of what came before, while also improving upon the old format. Thus, those endless blond locks were likely a nightmare to program; however, it paid off greatly. Along with new technology, led by the animator, David Goetz, inspirations involved the Disney classics like Cinderella, Pinocchio, and Snow White, as they evoke a happy place, we all once experienced for the first time. Too, the creators wanted to make the world of Tangled appear as a more intimate place, for it to feel accessible and friendly for the viewer witnessing it. They achieved this through shrinking the world by scaling the buildings down to only a few stories tall, and limited vistas to move away from the idea of the realm is its own character within the story. Next, they used a theme of curved roads, land, and shapes to convey a cozy and graceful environment, resembling a storybook. 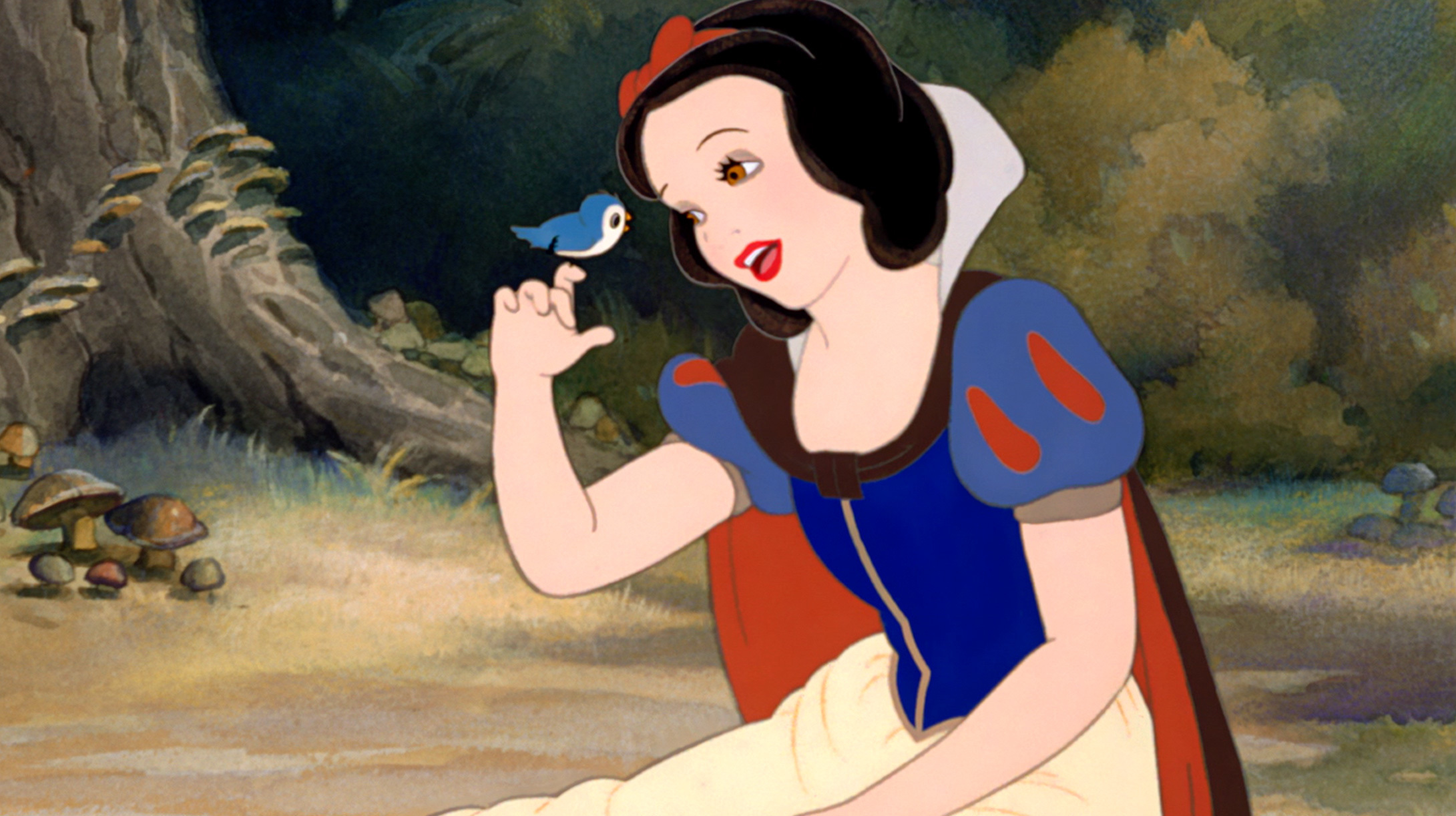 Plus, adding their unique, expressive ideas to the buildings such as colorful details and quirkiness, like giving off the sense that there could be a secret door anywhere to discover something new. Apart from the long list of merits in the film, the most impressive and essential detail was Rapunzel’s defining hair. The look and functionality of the hair, in particular, are executed with pensiveness and superior skill. Challenges that were overcome by the creators, stated by the Technical Supervisor of Walt Disney Animation, Mark Hammel, included simulating the hair, which is known by many in his field to be complicated.

Mainly due to the computational complexity, such as how the hair interacts and the length (70ft!). The art direction was another challenge to control and make the motion realistic. To overcome this, the creators incorporated studying how real hair moves and emulating physics. Then, exploring the hair for years with a combination of structural mechanics, physics, and mathematics. Everyone working on the film, went above and beyond to see their vision through and present the best story possible.

Besides the visually stunning oil-painting look and homage to classic Disney, the writers were just as much a part of the film’s status as one of the finest within the respected company. For which it is easily demonstrated through the bright, creative, and savvy princess Rapunzel playing off of her convincing abductor, Gothel. Contemplating these two characters, we can immediately see the defining Disney elements throughout, as in the songs, a charming and unassuming princess, an adorable animal companion, and a sly enjoyably melodramatic villain. Regarding Tangled, how these elements were rendered, are what transform the film and allow it to, in some ways, surpass their predecessors.

‘Rapunzel’ The Disney Princess with the Best Arc

Concentrating on its most transformative feature, the character arc of Rapunzel, the creators left much room for expansion of her personality and purpose. The creators brilliantly chose to combine the magic of the past Disney princesses, but with more spunk than usual, leading up to some beautiful revelations and messages about life. Thus, as we know, Rapunzel starts as naive and full of wonder about the world outside of her mural draped walls. Later, motivated to explore the world, her pleas are answered, and introduced is Flynn. Adventure follows.

Once the journey progresses, we get flashes of a new kind of princess that does not quite fit the standard formula. For example, as with Jasmine, Mulan, Moana, Pocahontas, Bell, Ariel or Tiana, they could be singled out for their inner strength and sense of self from start to finish. While in contrast, the remaining princesses fall under the typical damsel in distress saved by the handsome prince formula. Rapunzel, to the contrary, is not a part of either category making her arc stand out. She completely changes from start to finish and puts forth soul-stirring lessons that will leave viewers elated and happy for her revelations. 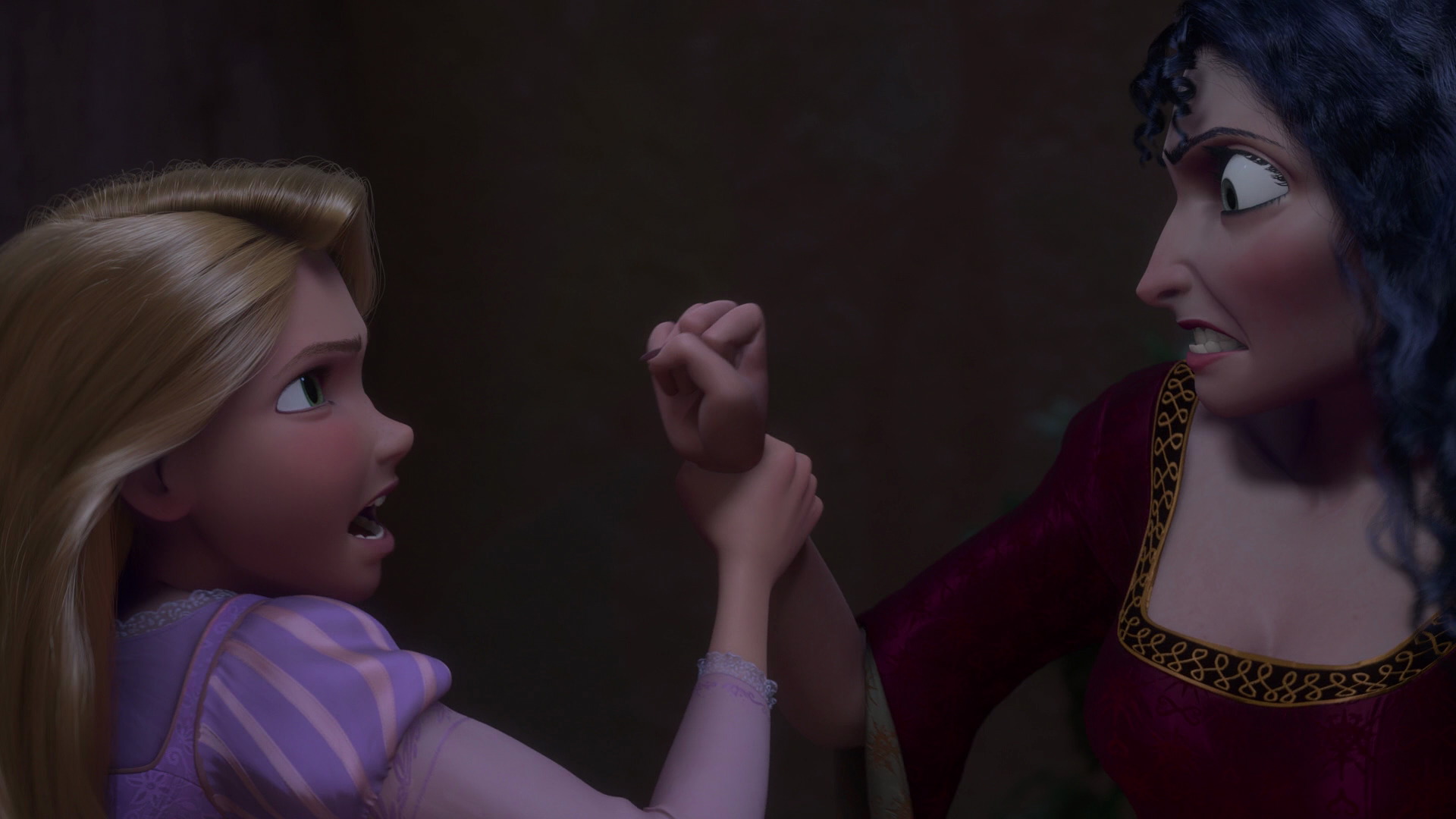 Although there are several instances of her change, the most defining moment happens before and after mother Gothel kidnaps Rapunzel one last time. What transpires is Rapunzel grasping she is, in fact, the lost princess. For which a fight between her and Gothel ensues. From their exchange, mother Gothel is no longer the only one dishing out snide undermining remarks. The princess has finally found her courage and is no longer the naïve, docile, and afraid young girl. Now when she speaks, it is direct and unyielding to the frizzy-haired sharp-featured enchantress, Gothel. Fortitude and passion have replaced her former repressed self, and the fight to return to a family she was destitute of, and the romantic love that before, was not possible.

Solidified further, these quotes say it all as Rapunzel hotly tells Gothel, “No. You were wrong about the world, and you were wrong about me, and I will never let you use my hair again.” And “No, I won’t stop. For every minute of the rest of my life I will fight.” In the end, Tangled imparts to find our inner strength even at our weakest. To take control of our lives and recognize we have the power to change our circumstances for the better. That is just the sort of quality we need to teach our future generations and embrace, from this now, Disney classic.