COVID-19 has turned the world upside down in what feels like overnight, hitting every industry, including entertainment. In doing so, highly anticipated movies like Wonder Woman: 1984, A Quiet Place 2, and Black Widow are to be released later in the year. While others will be available on Disney+, home rental, and digital streaming.

Consequently, this year’s theatrical releases are limited to Sonic the Hedgehog, Bad Boys for Life, and cinematic disasters like Harley Quinn: Birds of Prey. Usually, this site would not focus on a film it dislikes; however, as a moviegoer that cares much about the state of the industry’s artistic integrity, and where it is going, this needs to be said. Movies like Harley Quinn: Birds of Prey should not be supported. Why? It and others like it represent what is wrong with storytelling today, in which the story is forgotten, politics reign supreme, and self-important non-creators are making creative decisions.

Contrary to popular belief, there are competent producers respectful of source material that strive to make decisions to elevate the story and are not only concerned with lining their pockets or garnering the spotlight. Unfortunately, the underwhelming LuckyChap Entertainment is not one of those production companies when regarding Birds of Prey. More notably, one of the company’s owners, producer, and star of Birds of Prey, Margot Robbie, is responsible for most of the film’s vain choices and lack of vision.

Reading Between The Lines

Margot Robbie is singled out because of the amount of power she had making the film and the final decisions. Ergo, this article considers her business ethics and competence as a producer. In an attempt to make a point of how crucial filling that position is, with someone proven skilled for the job and respects the material.

To that end, one of the film’s prime offenses to be addressed is how it masquerades as a feminist film supporting representation and other women, something it does not do. So a fan of her past works or not, choices that she made for Birds of Prey should not be brushed under the rug, or repeated as they do not translate into success or a genuinely collaborative environment. Another primary offense is it neglects canon within the DC Universe and belittles the supporting actors.

As a result, movies with a similar agenda have fallen prey to a dismal box office, proving viewers are catching on to the political dreck they keep feeding us. For example, films with the same approach, Ghostbusters (2016), X-Men: Dark Phoenix (2019), Charlie’s Angels (2019), and Terminator: Dark Fate (2019), all share a disappointing box office with Birds of Prey. Furthermore, for those that feel Robbie is not to blame, but Cathy Yan is, the facts prove different.

To clarify for those unfamiliar with a producer’s job, it entails overseeing film production such as selecting the script, coordinating writing, directing, editing, and arranging the finances. Before the director can go forward with anything, the producer must sign off and has the final say on creative decisions. Robbie should be held accountable, and with the box office numbers the film pulled, Warner Bros. should address her mistakes for their pocket’s sake and our eyes. 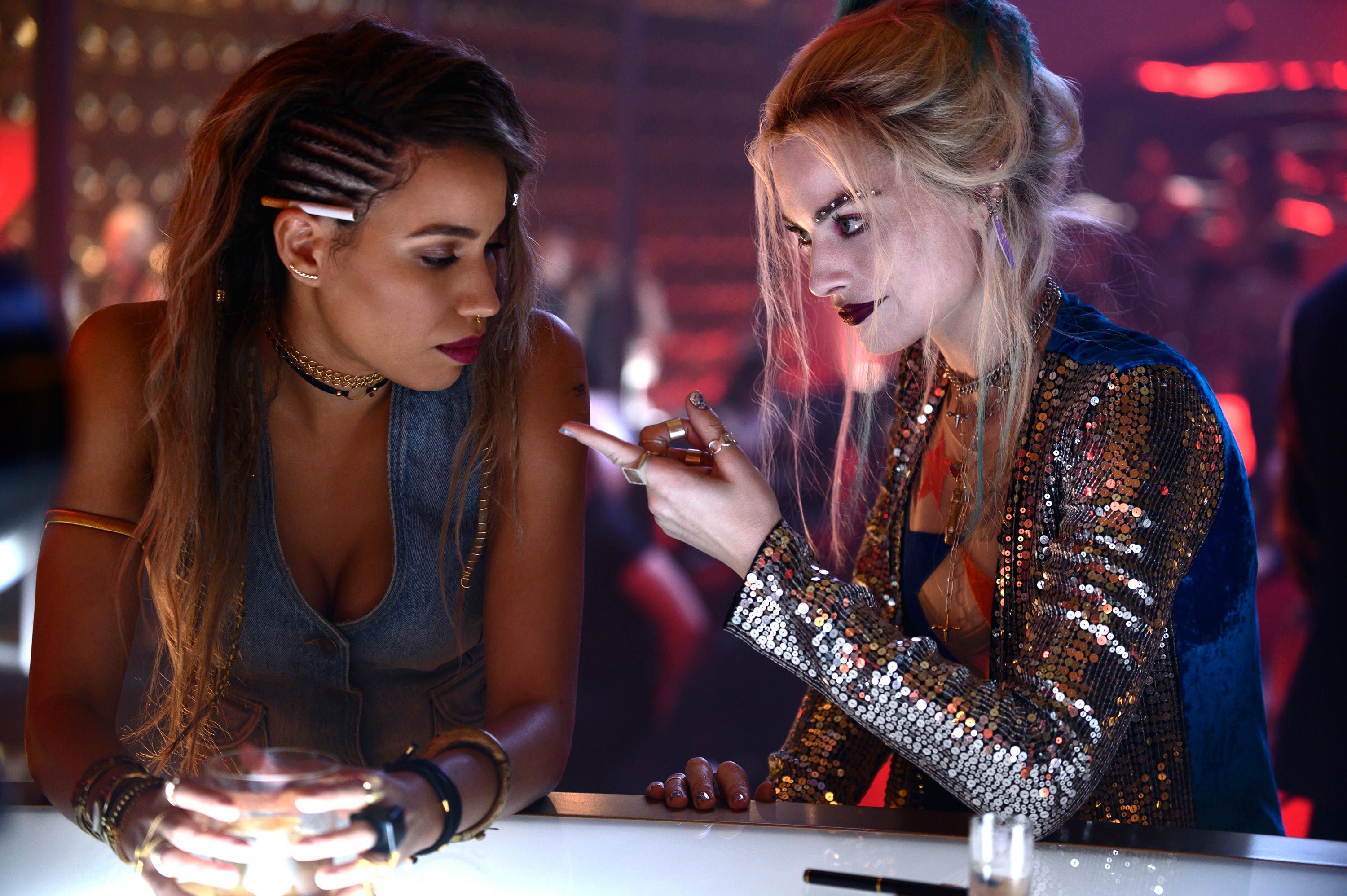 Thus, this brings us to the faux representation the film likes to tout itself for doing. The characters that were believed to fulfill the racial representation are Black Canary (Jurnee Smollett-Bell), Cassandra Cain (Ella Jay Basco), and Renee Montoya (Rosie Perez). Instead, all are castoff as a forgettable backdrop to feed the white star’s ego, making it the epitome of white feminism.

Another negative is the superhero all-girl team marketing used to shield the film of any criticism and reward it for something it barely does. In reality, the film is a Harley Quinn solo movie, trying to unwittingly bank on a superhero group that has never been that popular. Among all of this, the canon characters are not respected by the creators of Birds of Prey. Each was downgraded in several ways, including their costumes, abilities, removing the leader (Batwoman), and little to no screen time for each.

Alternatively, the assassin and most dangerous character in the film Cassandra Cain are reduced to a petty thief following Harley Quinn around with no fighting abilities. Black Canary, arguably the most enjoyable character even in such a messy film, is rarely in it with no character arc. Huntress has a similar fate, while both were given lackluster costumes, nothing like their comic origins. Though this is not to say an adaptation should be exactly like the original—there would be no point in remaking it.

However, canon should not be altered to the point that characters are unrecognizable, and their abilities stripped away to boost up another character: Robbie’s Harley Quinn. Also, it is to be believed that the choice to downplay the Birds of Prey members was too, a similar reason why Gotham City Sirens was put on hold (Robbie chose Birds of Prey over Sirens). Poison Ivy and Catwoman are famously beloved DC female villains that naturally would take some of the spotlight from Robbie’s unimpressive, and our only live-action Harley Quinn—for now.

Thus, this to say: Arrogance should not become a trend in storytelling, in which we see an alarming amount in movies today. That very notion inspired this article and, as a result, to urge supporters of the movie industry to vote with their dollar and demand better from creators. Harley Quinn: Birds of Prey is undoubtedly not the only movie guided by arrogant producers that lack vision, but it is one of the newest apart of the lamented trend.

Nevertheless, to the writers, actors, directors, and producers practicing false representation and putting politics over story only for personal advancement in the industry—it will not be supported or patronized by the actual film fans. Who continue to vote with their dollar and demand genuine storytelling, and only support creators that care about the things they love.

2 thoughts on “Why Movies Like ‘Harley Quinn: Birds of Prey’ Should Not Be Supported”