Zootopia (2016) is a wonderfully subversive study on tolerance, injustice, and discrimination amid a colorful plot. Relevant, funny, and insightful, it has all the Disney hallmarks with adorable characters and lush animation, along with being a powerful social commentary. While centered around anthropomorphic animals living in modern society, the creators have used them as the set-pieces to tell a story with depth, becoming more than another animated film, but a voice for the voiceless and human reflection.

Discrimination, biases, and stereotypes are all beautifully incorporated into the film, where their depictions are simplistic enough for children to follow along and nuanced enough for adults to explore the same ideas on a deeper level. Instead of being preachy or condemning, Zootopia dons a well-rounded world politically and socially much like our own to delve into real-world issues that adults can ponder, and children can be introduced into further. 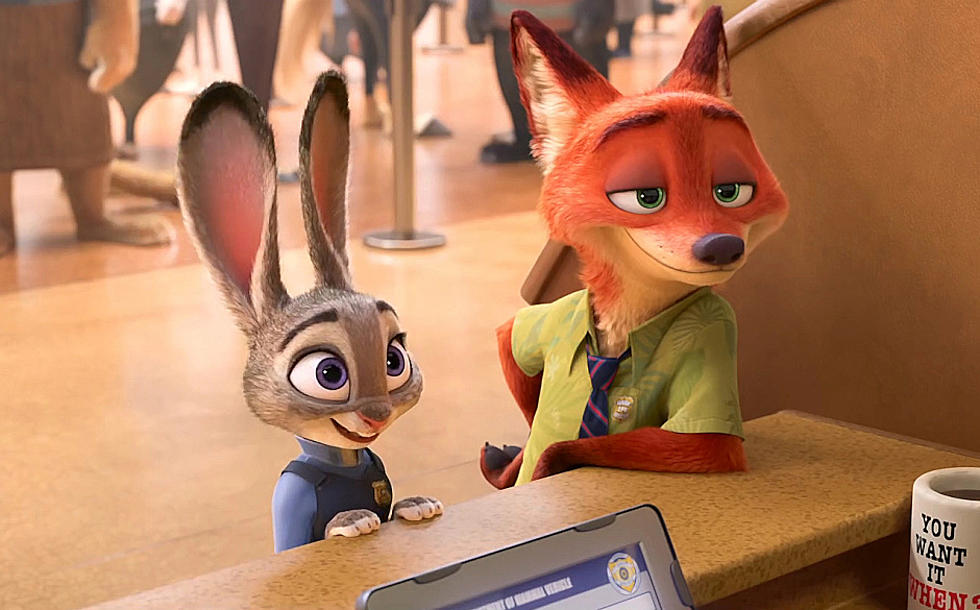 In its two complementary leads, Judy Hopps (Ginnifer Goodwin) and Nick Wilde (Jason Bateman), the dynamics of the Zootopia world is traversed through a moving buddy-cop story. Judy is the impressionable, idealistic, cute bunny with a dream to become a cop, while the red fox Nick, is a charming, rightfully cynical, and clever con-artist living in Zootopia. These two meet once Judy is the newbie cop in town and is the first animal to outsmart him, thus jump-starting their refreshing journey. Effectively emphasizing sharp wit, the theme of bias is channeled through Judy’s experiences, and with Nicks, a focus on discrimination for which both hit close to home for many of us watching.

From a young age, Judy is exposed to bias from her parents, who express the beauty of complacency and giving up on their dreams. While her peers, remind her of the world’s view: a cute bunny suitable for farming and nothing more. Entering into Zootopia, she is then met with the bias of her species once again.

Graduating valedictorian of her class does not translate into respect or opportunity, even after being the only and the first bunny to join the force. Officer Clawhauser even utters, “that little cute bunny is gonna get eaten alive” upon her first day. However, a steadfast spirit and belief in her abilities, along with lessons that questioned her prejudices for the better, allow her to triumph and truly become the open-minded bunny she always saw herself to be.

Nick, on the other hand, is subjected to discrimination in Zootopia. Foxes are perceived as shifty and for Judy, a dangerous predator (a deep-seated fear that comes to light much later in a somber scene). Personified through Nick, ignorance, stereotypes, and discrimination are tackled that mirror our reality, compelling us to reflect on real issues we face as a diverse collective. Nick does not have to do anything to invite scorn from the animals around him—his sheer existence as a fox and in their space provokes fear or hostility. A familiar dichotomy and genuine reality for the minority that is unfortunately still prevalent in the real-world.

He is judged due to his species (something that cannot be changed), not by the qualities of his character; as a result, Nick feels powerless and decides to become what is expected of him. He says to Judy, “Everyone comes to Zootopia, thinking they could be anything they want. But you can’t. You can only be what you are. Sly fox. Dumb bunny.” Nevertheless, Nick’s ideology is renewed through his quest with Judy. What he found was an unexpected friendship and a field where his cleverness and street smarts are valued. In the end, Judy’s presence in Nick’s life beautifully forced him to confront past pain that encumbered his present, only to help him realize his worth to his community and rekindle dreaming big again.

There are endless examples and characters to talk about in this excellent and subversive movie. The tensions existing in the world as predator vs. prey and prey vs. prey as with characters like Bellweather and Judy, help to inform the rest of the story and touch on more points of discrimination and bias. Alternatively, how Disney uses both the physical appearance and ethos of a variety of mammals to extend their racial metaphor. For example, they have the mayor as the lion and a lamb as the assistant, and weasel as a thief.

However, we will focus on the film’s most defining moment. A part that sums up what Zootopia is all about: Judy’s interview. Its contemplative, recoiling, and eye-opening to Judy’s good moral compass, but a fallible one, the effects of hysteria, and how the beliefs of one can influence the beliefs of others. It helps us to see where stereotypes and prejudices predominately come from and reinforced today—the frenzied media. The scene cut down:

Reporter: What do you mean by that?

Judy Hopps: A biological component. You know, something in their DNA.

Reporter: In their DNA, can you elaborate on that, please?

Judy Hopps: Yes. What I mean is, thousands of years ago, uh, predators survived through their… aggressive hunting instincts. For whatever reason, they seem to be reverting back to their primitive, savage ways.

Nick responds to her interview, confused and hurt. “Clearly there’s a biological component”? “These predators may be reverting back to their primitive, savage ways”? Are you serious?” Judy answers with, “It’s not like a bunny could ever go savage.” Her biases are explicitly in the open now for Nick to see as well as for Judy. As we learn, the savage behavior is in direct response to a drugging from the prey, not their biological characteristics. Considering this scene with how the story ends (happily of course), it does what the creators set out to do; tell a story about real-world biases, how society influences them further, and that there is power in teaching each other and hope.

Judy demonstrated to her peers that she could become whatever she wanted despite her species and helped Nick to see his worth and be hopeful once again. Nick taught Judy that life is not only black and white, and our perspective can be flawed even if well-intentioned. Ultimately, Zootopia is more than another funny animated film. By basing the story on very human realities and fleshing them out with depth along with demonstrating these dynamics with Disney flare, Zootopia became and is a significant piece of storytelling.

I cannot express how much I adore this film; the story, the messages, and the animation are all top-notch. What did you think about the movie?