One of the most brilliant things about the Harry Potter series is its plot is grounded in a whimsical wizarding world, yet it still has something to say about an affecting and universal theme: Death. That may be part of why the series grew to be so iconic around the world. When we can look past the spells, flying on broomsticks, mythical creatures, and a magical school in a castle that sits atop a barren hill attended by young wizards, its foundation is about the boy who lived, died and lived again.

In contrast, the antagonist exists to defy death and inflict it upon anyone in his way to immortality and power. Respectively, we get more than a fantasy fable immersed in the classic good vs. evil, but a poignant story about death and its nuances.

Fantasy Works and Their Place in Literature and Film

In creative endeavors, “the object of art is an imitation of life,” therefore, influencing artist to use the situations and events of everyday living to inspire their work. Unlike other themes, death is a part of all living things, making it one of the most recurring subjects in literature and even fantasy, where its often escapist nature can seem counter-intuitive. Thus, it stated to reinforce that some fantasy works have as much a piercing message about death than the traditionally celebrated literature or films, which expresses it profoundly.

Social satire’s like The Canterbury Tales, where one of the segments targeted by Geoffrey Chaucer is human immortality, has more in common with Harry Potter than literary mavens would think or like to admit. One of the most influential fantasy authors, J.R.R. Tolkien, happens to think so as well where he explains in a thoughtful essay, “The realm of fairy-story is wide and deep and high and filled with many things: all manner of beasts and birds are found there; shoreless seas and stars uncounted; beauty that is an enchantment, and an ever-present peril; both joy and sorrow as sharp as swords.”

How J.K Rowling Chooses To Express Death in Harry Potter

Luckily what Tolkien meant about the fantasy genre’s ability to capture meaningful concepts is demonstrated by the central idea of Rowling’s wizarding world with her exploration of mortality. As with the best literary works and films, an idea or theme is more than a recurrence, but it is essential to the story and done even better when weaved in with plenty of nuances. Rowling decides to revolve her world around this theme of death by establishing it through characterization, events, images, symbols, and the character’s motivations.

The Boy Who Lived 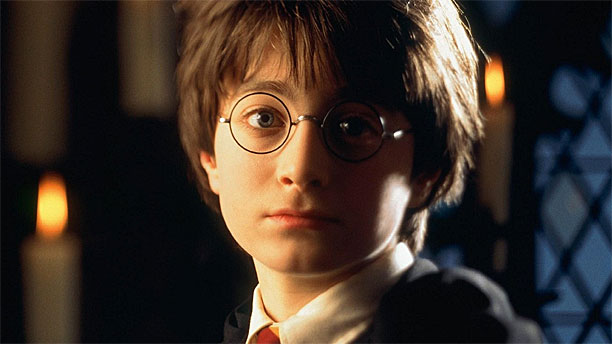 Infamous as the boy who survived the most feared wizard, Voldemort, Harry’s journey is very much defined by escaping and losing loved ones to death. Death initiates the core conflict that escalates by each film; it is the tool for which Harry can defeat Voldemort, and it is what motivates the antagonist. Their inner-worlds and contrasting perspectives reveal deeper ideas about death for the audience to experience and ponder within their conflict.

Such as when Harry is shown not to understand why Voldemort is willing to live a cursed life. The Centaur informs Harry that it is a terrible crime to slay a unicorn, and drinking its blood will stop death, but at a great price, to take the life of something so pure is to have a half-life. A cursed life. For which Harry responds, “But who would choose such a life?” In that, defined is Harry’s perspective.

Still, managing dying and what comes with it defines his character development through the series. Living without parents has left him to adopt independence at a much younger age than his peers and confront his lifestyle differences. Cedric’s murder incites trauma and feelings of loneliness in the presence of people who love him most. Sirius Black’s death teaches Harry the high cost of making mistakes, the extent to which death can alter his future, and losing a father figure again.

However, watching Dumbledore die left Harry discouraged and more exposed than ever, forcing him to mature to a new level of personal responsibility. It may have prepared him for his own death emotionally and certainly physically, aided in his mastery of death (using the hallows) power, thanks to Dumbledore leaving the resurrection stone to defeat Voldemort.

Hence, death is what motivated and forced Harry’s most crucial actions, decisions, and events throughout the series to give us a layered performance. One, more than an escapist pleasure but an illuminating take on the different ways death can play a role in our lives.

Voldemort’s journey had a slightly different take on death, which involved dealing with evading it, taking lives, and its consequences. The film chose to utilize characterization, images, symbols, and motivations to declare these nuances of death through him.

Most notably, with Horcruxes, Voldemort was willing to split his soul into seven and kill out of his desperate drive to attain immortality, sacrificing his humanity. Along with his appearance—he looks like death; his armies are the “Death-Eaters,” and he brings death wherever he goes with numerous of his iconography associating him with the Grim Reaper of legend.

In turn, the film communicates the way of his acts a crime against nature, granting him a cursed life with an isolated existence and relationships formed out of fear and not love. All this to say, the representation of Voldemort along with the most epitomizing idea of death in the series, The Tale of the Three Brothers, these two ideas come together to uncover the series’ clever message about mortality and death.

Which is that only through accepting our inevitable passing do we truly live a life of meaning and purpose. In trying to flee, we only renounce all the things that make life worth living. A message that resonates with all human beings and part of what has made Harry Potter a beloved story around the world.

What did you think of how Rowling and the movies depicted mortality?