After a six-year hiatus—Frozen II did not live up to its predecessor or other Disney movies. Months after its release, I found myself returning to the first Frozen to play Elsa’s brilliant and flashy “Let it go” sequence to be reminded of why the franchise is so beloved and, as for me, well-liked. It may be an unpopular opinion, but Elsa and Anna’s story in part II is substandard compared to the powerhouse Disney classics such as The Lion King and The Little Mermaid. Nevertheless, it has garnered similar, if not more, adoration and success. Which I believe is mostly due to its catchy melodies, technical artistry, and familiar Disney aesthetic.

Like so, we are left with a gorgeous movie, catchy but not great songs, and a weak story. Unlike the subversive take on sisterhood, acceptance, and courage demonstrated in the first film, we were granted another Pocahontas-esque plot: a white culture scheming and inciting violence upon a native people to exploit their land for gain. Then, there is the white-savior trope to be discussed later, a dull, empty, and anti-climactic plot that became a movie about how divine and dazzling Elsa’s powers are with little to no depth. Consequently, the Frozen sequel was surprisingly disappointing, coming from such amazing Disney creators and charming voice actors. 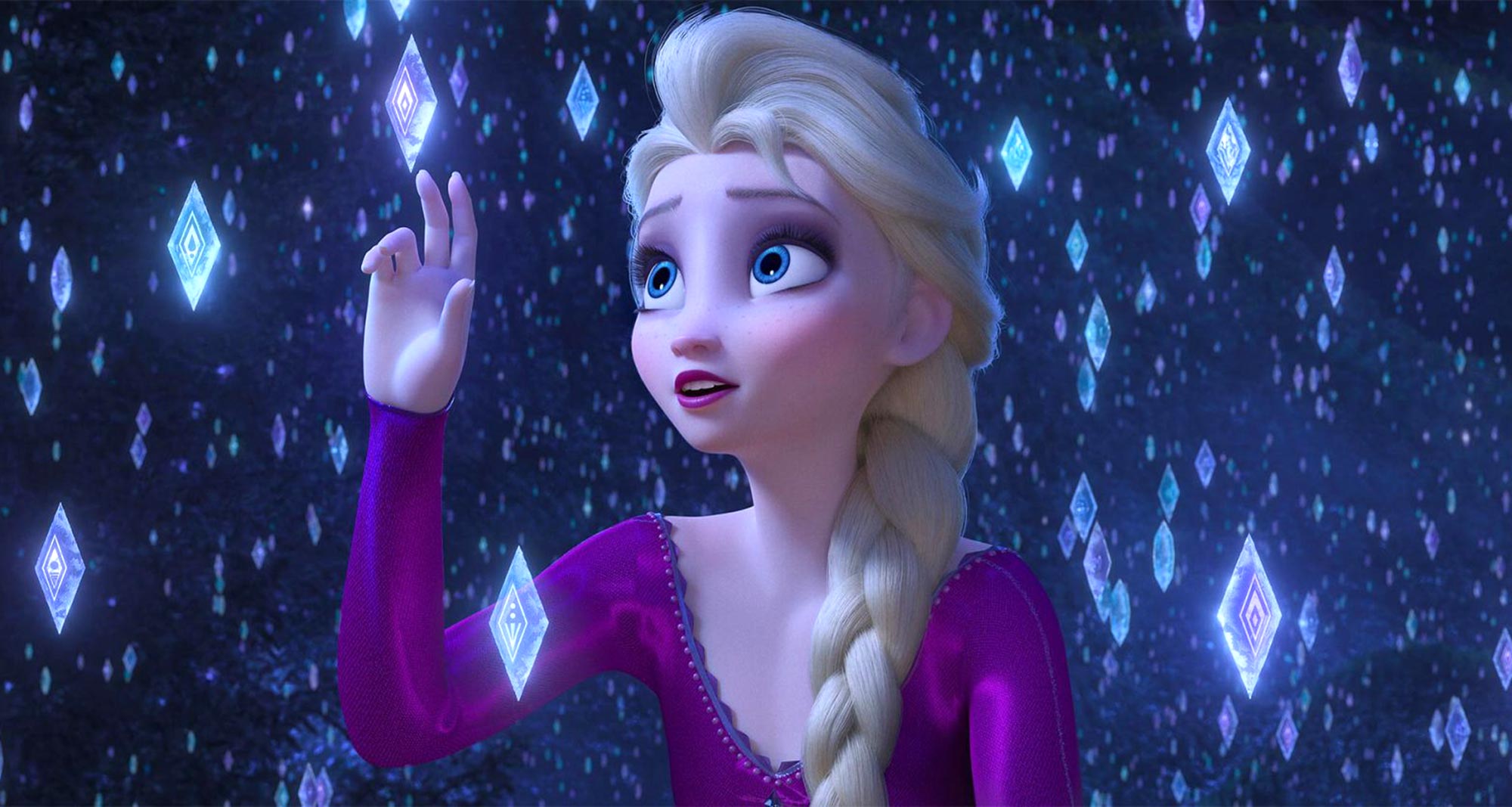 Though Frozen has some redeemable qualities like the effects and visuals that are tactfully fulfilled by the animators. Such as how both films have a stunning take on winter’s pictorial elements, as it is consistent and become grander in Part II. With the combination of art, technology, CGI, and ever-changing and advancing skill, its costumes became even more gorgeous and innovative.

Like with Anna’s first ensemble, it featured some of the most elaborate embroidery Walt Disney animators have ever created on screen, says Gregory Smith, head of characters and technical animation. With the new technology available, handling things like beadwork and physical stitches allows for superior detail and a more nuanced response to lighting. These innovations also enabled them to design costumes for the characters as they would appear in the real world.

Realistic fabrics for each garment are then introduced to the technical animation team to bring the most true-to-life look to the big screen. Doing so, whether they are static, facing down, or moving about underwater. Drawing from real-world approaches is always the foundation of each of the animator’s designs and finishing that worked on Frozen II. However, the most brilliant visuals were revealed during the showcase of Elsa’s majestic and enchanting abilities.

Elegantly suspended colored diamond shapes and snowflakes filled the screen several times throughout the film and became the high point. Gale, pounding through and galloping atop great bodies of water, was a genuine spectacle along with the lovely invisible horse and wind spirit. Watching Elsa conjure and bend all the elements avatar-style was great to see as well. Too bad the script did not receive the same amount of complexity and care.

The Bad: The Script & Narrative

A disjointed, meandering narrative with sloppy execution, uninspired songs all over the place to fill the non-existent story, and no witty, mature humor or sophisticated touches that have become commonplace in recent animation. Olaf is used as exposition constantly, and the character arcs and motivations were rudimentary. The list goes on. Nonetheless, its worse offense was that Pocahontas-esque plot and the white savior complex trope used.

Quick recap: Elsa unintentionally awakens the elemental spirits, forcing everyone to evacuate the kingdom, therefore, thrusting her into the adventure to make things right with Arendelle and the Northuldra native people, as she is the white savior after all. During the journey, Elsa realizes she can bend and control all the elements, her full heritage, and discovers a fifth element that will bring everyone together through magic. 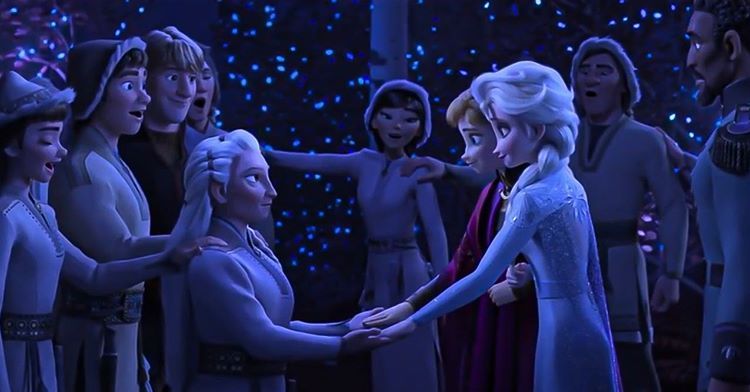 In which, we learn Elsa is, in fact, the fifth spirit. Together with here lies the problem. However, before we discuss this, here is a reminder of the conflict between the Arendellian and Northuldra tribe: King Runeards built a dam as a ruse to reduce Northuldra’s resources because he disliked the tribe’s association with magic and his intention to merge the region into his kingdom.

He also was the one to initiate the conflict by killing the unarmed leader of the Northuldra. In conclusion, through magic, Frozen II plainly removes the past colonialism of the Northuldra by her father’s Arendellian ancestry while still fostering its worst faults in a new way. Ergo, doing so by having Elsa keep peace and order comparable to how the U.S. has “spread democracy” in Latin America, the Middle East, and elsewhere.

Discerning how Elsa’s father’s ancestry handled the Northuldra tribe is reminiscent of the Pocahontas-esque like plot. Meaning, when a film has a society of white individuals that claim advanced and civilized, invade tribal people living and thriving on the land to conquer, “civilize” them, or extract resources for personal gain. Frozen could have been much more than this empty, uninteresting story, and on top of that—Disney made Elsa, the ancestor of the tyrant, the “white” savior of the tribal people in the end.

How about you? What did you like or dislike about Frozen 2?

Euphoria: Sex Sells, But At What Cost?