When it comes to Disney’s live-action adaptations, audiences have a complicated relationship with them. They spark curiosity about what they could do with these beloved characters and worlds to bring them to life in the best way possible. Simultaneously, audiences love to complain about them and speculate what the creators behind it will do with their beloved childhood films. Either way, the box office has proven that audiences on whichever side will pay to see them regardless.

Moreover, in that conflict, some of these Disney remakes are not only powerhouses at the box office but also pretty well-made. So, here is my list of the worst to the best, contemporary live-action Disney films. 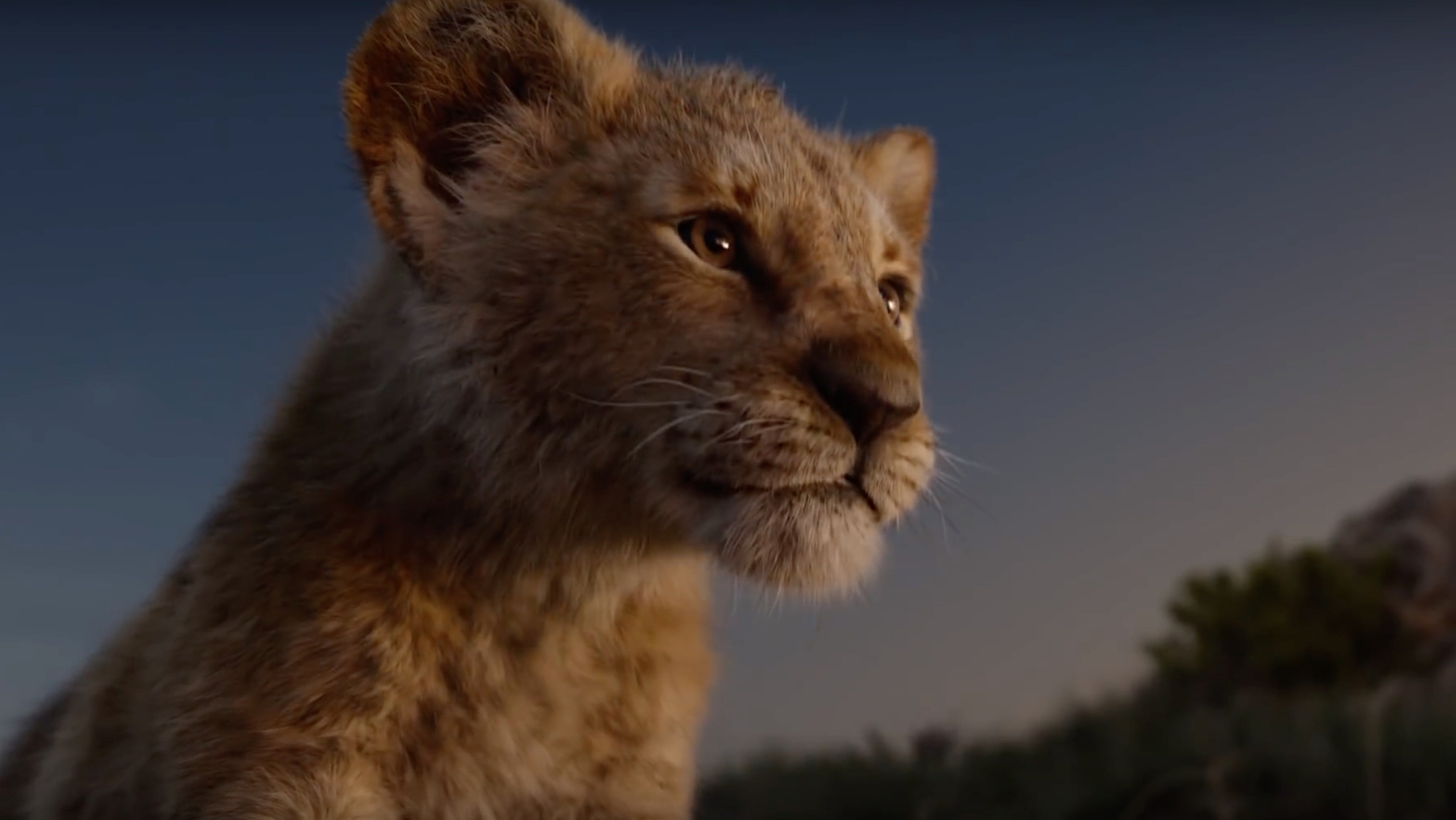 What makes Jon Favreau‘s The Lion King the worst is that it was a copy and paste version of the groundbreaking 1994 original. Shot for shot. Then, lessening Rafiki and the absence of Scar’s solo musical number in favor of Beyoncé’s added song was an incredibly poor choice. The vocals were not up to par with most of Disney’s whimsical singers that they have had in the past—think the pair responsible for 1992 Aladdin‘s “A Whole New World,” or the original Lion King soundtrack.

Speaking of voice acting, the work in Favreau’s live-action version was seriously lacking and frustrating. The only actor that held his own was Chiwetel Ejiofor as Scar. As for the other newcomers, I was disappointed that celeb popularity played a huge factor in casting over voice actors with this particular talent and experience. With such an iconic IP, the real stars have always been the animated characters, not celebrities, and cutting-edge special effects. 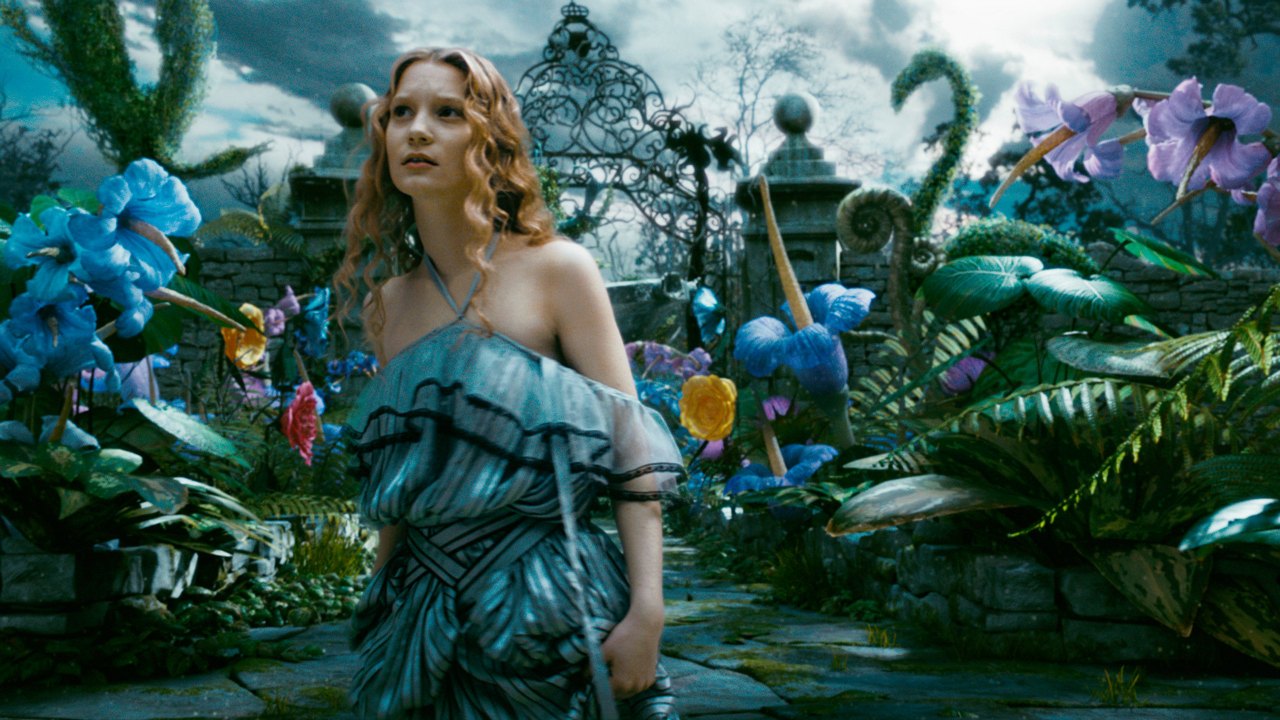 Visually impressive, Alice Through the Looking Glass had no real or tangible story, and it proved that the look of the film could only get it so far. Usually, a favorite character actor, Johnny Depp, got to play such a fun, zany character like the Mad Hatter yet fails to bring him and his madness to life. Ultimately Depp’s static performance and way too much plot and not enough story made it one of the least accomplished Disney remakes.

Angelina Jolie is brilliantly cast as Maleficent, and the reversed perspective was a great idea, along with stunningly breathtaking visuals. However, Ell Fanning was miscast as Aurora and was uninspiring. We all know the animated version of Aurora is not the most interesting Disney Princess, so it was disappointing that Fanning gave us the same performance, but this time in live-action. Additionally, the film should have explained why Maleficent became whom she is instead of changing her into a sympathetic character that is not truly evil. It took away from what made her so iconic to begin with and replaced it with a conflict that was not as captivating. 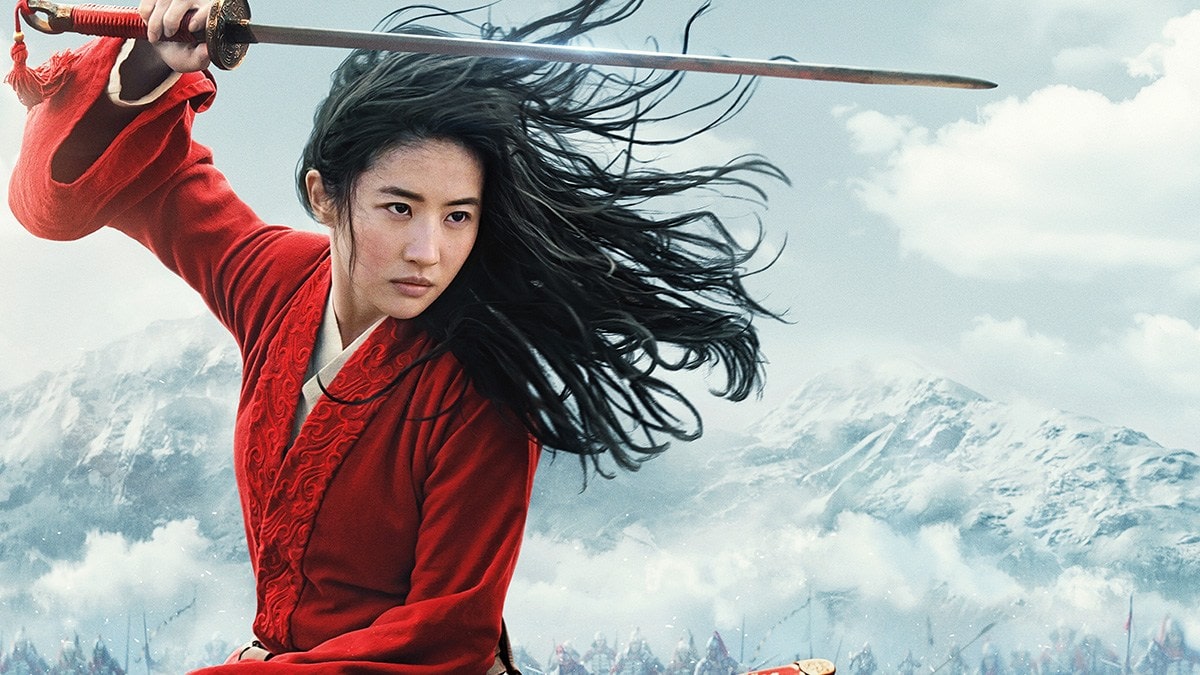 I understand that this Mulan was going for a more realistic and sophisticated tone as there was no humor, songs, which would have been a fine idea—if the character development was not shallow. Simultaneously, the realistic approach lost its validity when they added a shapeshifter into the plot and gave Mulan superhuman abilities that did not exist before. Overall the Disney magic feel is gone; some cool action sequences, fantastic production, and beautiful visuals, but it just did not feel as epic as it deserves to be. 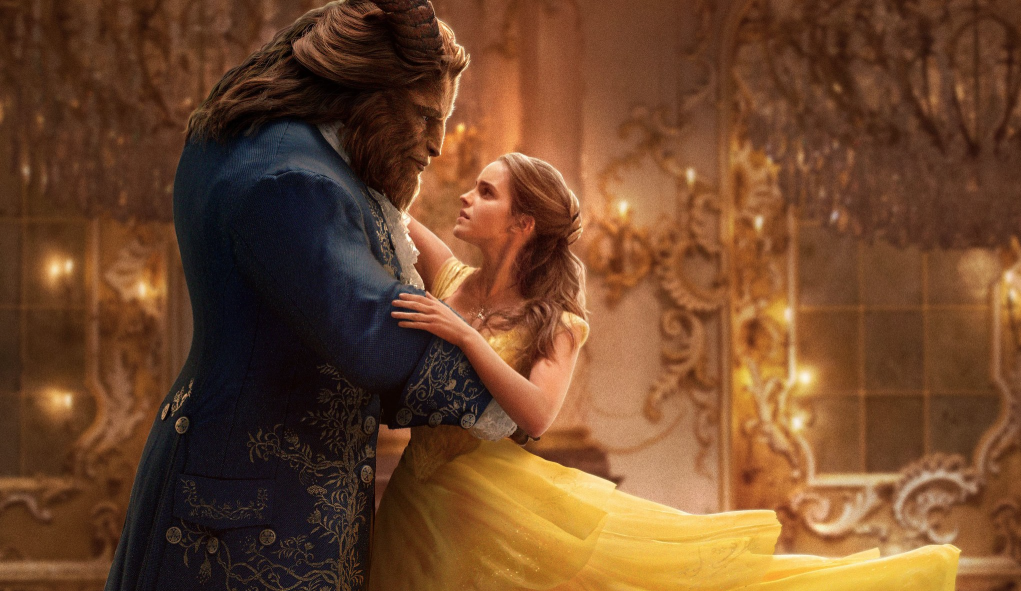 For the most part, a decent remake was gorgeous and had some good moments—particularly the musical numbers. However, Emma Watson was miscast as Belle, producing an underwhelming performance. The animated Belle expressed more emotions, warmth, and love in her eyes, which wasn’t apparent in Watson’s “Belle.” With that, her English accent was thick and not French enough, and the auto-tune was unfavorable. It’s not all bad, though; the standouts were Gaston and LeFou, who were funny, energetic, and played by actors that breathe new life into their original shapes.

This film is an odd one to talk about because it is enjoyable, vibrant, and captures Aladdin’s spirit, yet still has a few nagging elements. Mena Massoud, as our favorite street rat, does a great job physically and emotionally, embodying the character and is a delight to watch. Jasmine, on the other hand, was okay. The heavy-handed feminist song and ideology that snuck into some of her lines were unnecessary. Anyone that has seen the original knows that Jasmine may be the most strong-minded Disney Princess on the roster, and she did not need a new song or attitude to prove that. Will Smith, as Jeanie, was as good as he could be, and the production design would have looked better without the Bollywood colors and style. It was too flashy and distracting from the already exciting characters and the Agrabah setting.

Charming, beautifully written, fantastic CGI, and a story that only tugs on the heartstrings, Christopher Robin was so much better than expected. As an adult, Pooh makes you wake up and think about what happened to you and realize what is important in life. I appreciated that it did not focus on romantic relationships but rather exploring relationships between friends and family. On top of that, this movie is unexpectedly hilarious! Watching Ewan McGregor banter back and forth with Pooh just made my heart melt as well as laugh. A gem among the Disney remakes, Christopher Robin, is for the kid in all of us and reminds the world to slow down and appreciate the little things. 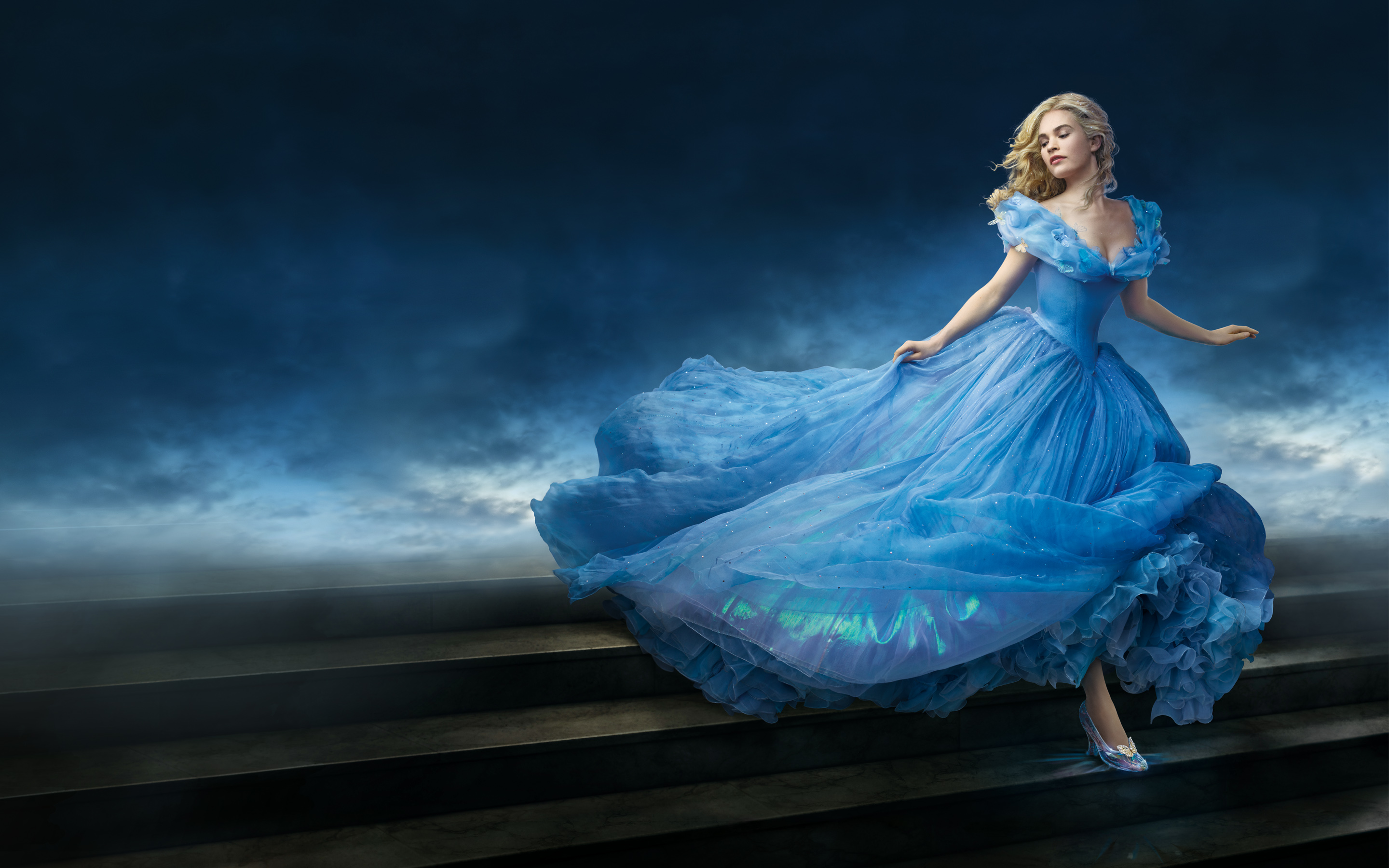 Cinderella is a Disney remake for people that adore the traditional fairy tale. Where other films seek to rewrite traditional fairy tales or create new perspectives (“Brave,” “Maleficent”), this film is a live-action tale in its more traditional version. We know the story, and very little has been changed or added. That is what I believe makes Cinderella one of the best on the list. It is absolutely true to the original fairy tale, even regarding the impeccable costumes and sets. The production design also gave us top-notch fantasy visuals with its “wedding-cake movie” style that paved the way for “Beauty and the Beast.”

Additionally, Lily James as Cinderella is the sincerest version of a live-action “Disney princess” in her ideals and look, and a dress that exudes enchantment, as it should. Not a contemporary telling, 2015 Cinderella does not form to current politics, which is refreshing to see. Lastly, we cannot forget Cate Blanchett‘s impressive work as the evil stepmother. She stole the show—giving depth and dimension to a classic Disney villain.

This film breathed life back into John Favreau’s career and solidified him as a technical wizard. His skills are seen immediately in the film’s unforgettable Disney castle opening, which is some of the best created, inspired by the Disneyland theme park. The film’s animation and scenery project a new age in CGI with an entire jungle that looks unquestionably real, yet it’s not. The story was engaging and funny, great casting, and they didn’t rob us of its original songs. Favreau’s remake did justice to the animated classic.

Do you agree or disagree with my ranking? If so, how would you rank these contemporary Disney remakes?