Joker: A Ferociously Acted Character Study of The Disenfranchised

How Arthur Fleck Became the Joker

Todd Phillip‘s rendition of the Joker (2019) is a necessary film and cautionary tale that everyone needs to see. Nuanced and haunting, we get a character study of Arthur Fleck (Joaquin Phoenix): A mentally-ill impoverished man disregarded by society. Through him, the film inadvertently by way of their themes explores and tackles critical societal issues we are facing today, such as mental illness and our contempt for the disenfranchised. With Phillip’s direction, we get a possible Joker origin story told from a unique perspective for comic book movies, creating a thoughtful and realistic look at how the clown of mayhem and chaos materialized.

Unlike the comics and other adaptations of the character, Phillips Joker allowed us to have reasons as to why he manifested into the iconic clown being childhood trauma, lack of love, and loss of empathy. The film even gives us a reason for his laugh (health condition), why he paints his face (searching for identity), and so forth. As a result, we get to watch the creator’s ideas build this man of anarchy instead of starting with an established character. For this reason, it tells a vivid story of the human condition and the state of society. Consequently, forcing the audience to ponder their role as an individual and as a collective their contribution to the tragedy and misfortune of someone like Arthur Fleck.

A testament to the richness of these themes and the complex tragedy of Arthur’s existence and people like him happens during his first act of violence against three Gotham City bankers. As the scene transpires, we witness Arthur go through four distinctive tones that enrich his character arc. He starts as not very likable as he watches instead of helping a woman that is being harassed by the bankers. Then, it turns on to Arthur as his mental health condition of inappropriate laughing is mistaken for making fun of the men prompting them to beat him and gaining our sympathy. What proceeds is Arthur acting in self-defense, killing two of the men to end up becoming in his final stage a predator, as he unnecessarily hunts down the last man and takes his life. He went from the unlikable bystander, the victim, to self-defense, and lastly, the predator.

In this one scene, we go through a myriad of emotions that brilliantly express Arthur’s descent and the beginning of it all. This scene also gives us a natural and or relatable scenario to connect with the audience even more. A group harassing a weaker person on a subway to end in a shoot out is not far fetched, but a hero or villain punching the other through the subway is. Comic book movies often feature unlikely circumstances that by affect does not resonate on an emotional level, but more so in a shallow way built to entertain and induce awe and not contemplation. Instead, Phillips gives us a bleak and layered scene with real consequences; the men die violently, inciting a political debate between the rich and poor citizens of Gotham and Joker is born as a result.

The Mentally Unwell and Impoverished Citizens of Gotham Mirror Reality

Like so, the rest of the film follows Arthur through several events to become a version of the white-faced green-haired clown we all know, suggesting a critique on society. We can conclude from the film that the creators believe a character such as the Joker could not just be and instead must have been affected and shaped by his environment. The goal of the movie for the filmmakers was to ask, “why is he like that?” From what they created, the answer is found in the many interactions Arthur has with those that he encounters. For instance, we know he feels people are incomprehensibly unkind when he confronts Thomas Wayne (Brett Cullen). He becomes disheartened by his response and says, “I know it seems strange, I don’t mean to make you uncomfortable. I don’t know why everyone is so rude; I don’t know why you are. I don’t want anything from you. Maybe a little bit of warmth, maybe a hug, dad? How about just a little bit of fucking decency!” 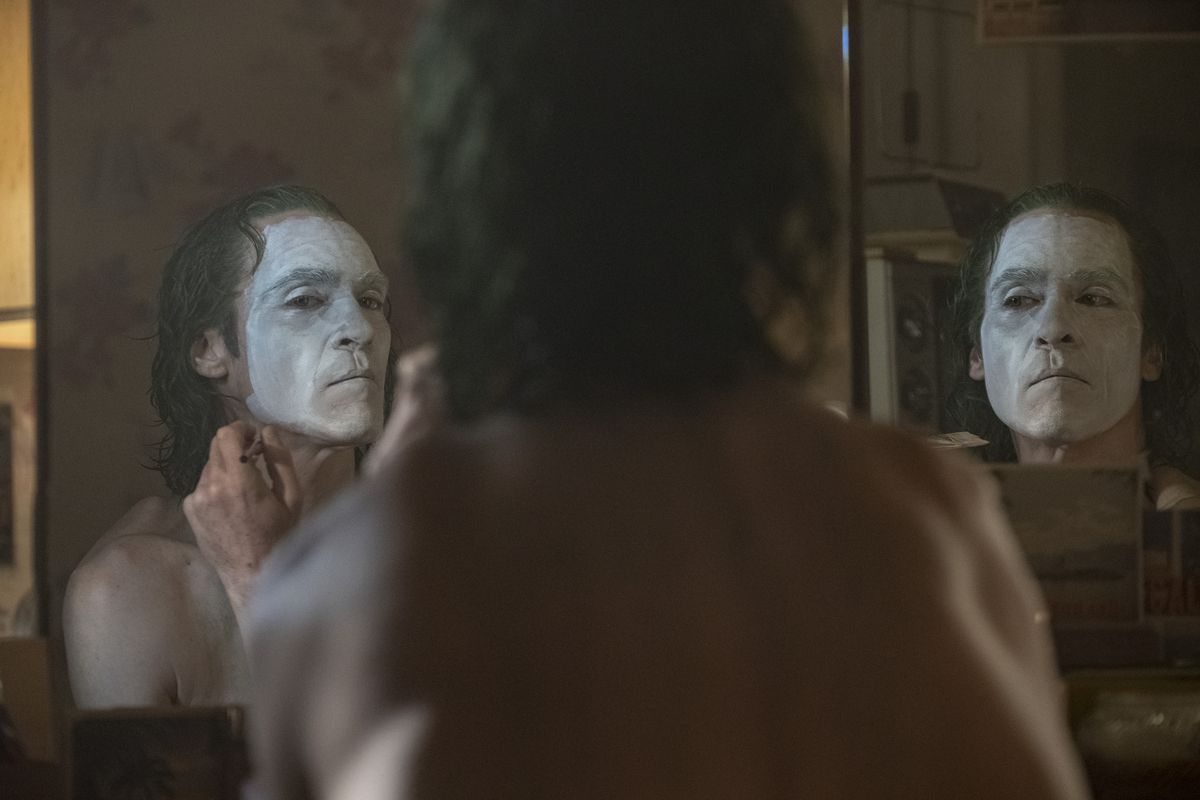 Alternatively, when a mother accuses him of bothering her son on the bus when all he did was make him laugh. Both examples show the extremes of his inability to connect and be understood on the most basic level with the bus scene and a more intricate level with Thomas Wayne. No matter what he does, his feelings and existence are ignored, as most people with mental illnesses sadly are.

This sentiment echoes even more profound when he writes in his book, “the worst part of having a mental illness is people expect you to behave as if you don’t.” It further suggests how society does not acknowledge or even want to recognize what people like Arthur go through. Another crucial scene that demonstrates the disregard for people with mental illnesses is when Arthur is denied the care he needs because of budget cuts with no alternative available. His therapist proceeds to tell him that the world does not care about people like them. This taking away of resources from the marginalized sets an unfortunate common precedent.

The way Arthur, his mother, and neighbor live along with an epidemic of rats, garbage, and limited resources portray a forgotten community that seems to take on all the weight of the world remaining stagnant. Still, the most poignant and climactic scene comes during the closing act when Arthur finally addresses the world in an uncanny interview with Murray about his existence in Gotham. Arthur comes to the conclusion that furthers the theme of the disenfranchised, the voiceless, and society’s hand in their position.

He goes on to say in this interview a few key quotes. Arthur starts with, “All of you, the system that knows so much, you decide what’s right or wrong. What’s real or what’s made up. The same way you decide what’s funny or not.” And “I killed those guys because they were awful. Everybody’s awful these days. It’s enough to make anyone crazy.” He establishes that people like him are powerless and have no influence on the world, as when he says you, referring to the people like Thomas Wayne, who are respected and acknowledged as authorities whether they earned it or not. Even later saying to Murray, who is apart of that group, “Everything comes too easy for you.” In Arthur’s mind, there is simply no way out other than to engage in anarchy as he knows people are separated by their income or lack of and factors they cannot control, such as a mental illness.

He knows he is not apart of the you and never will be as when he say’s, “Ugh, why is everybody so upset about these guys? If it was me dying on the sidewalk you’d walk right over me! I pass you every day and you don’t notice me! But these guys? Well because Thomas Wayne would cry about them on TV?” Therefore, reaching his breaking point of nihilism ending with the mind-blowing joke, “What do you get when you cross a mentally-ill loner with a system that abandons him and treats him like trash?” The joke says it all and what the film’s underlying theme was in one sentence.

The disenfranchised often feel abandoned and forgotten, and they usually are never to have their voice heard or taken seriously. To have their valid concerns and complaints turned into a false narrative by the thriving members of society into they did not work hard enough or did not apply themselves; that is why they live like so. When in reality, not all but most are just the victims of a deeply flawed system created by the dominating members of society. Arthur, in this case, is not someone to look up to or agree with, but merely a compelling character that illuminates some of society’s shortcomings.

What did you think of Joaquin’s performance in this divisive role?