Snow White and the Seven Dwarfs (1937): A Technological Marvel That Changed Animation

Reconsidering Snow White and The Seven Dwarfs (1937) in this technology-driven society, this fairy tale, warmly, provokes in me a strong yearning for the old expression of Disney animation and gratitude. Several decades after its release, created are hundreds of animations, yet, Snow White appears to project a time that is forever lost. Even with all our advancements and attempts to recreate the past, the world’s perspective and sentiments have changed to the extent that the feelings are too distant now.

Nevertheless, that is part of what makes the story so treasured. Except what we can identify on a much more tangible level than the feelings the film may inspire, are the technological marvels it exhibited for its time. It was the first full-length animation after all. 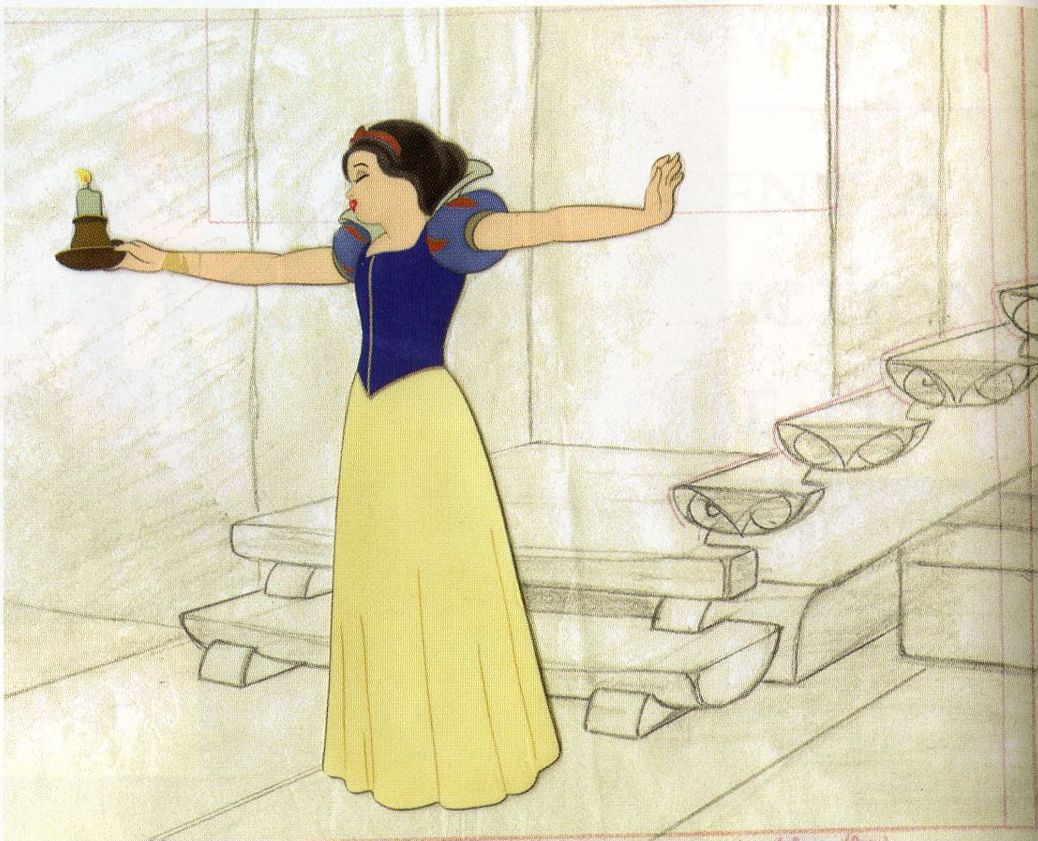 In 1937 Walt Disney Studios developed the multiplane camera that was used in the traditional animation process. Walt is said to have commissioned for the camera as he felt it was necessary to enhance the imaginative nature of animation if people were expected to sit through a feature-length cartoon. So, this innovation at the time functioned to move many pieces of artwork past the camera at various speeds and various distances from one another.

To this effect, it creates a sense of parallax or depth. Likewise, specific parts of the artwork layers are left transparent to allow other layers to be seen behind them. For accuracy, the movements are calculated and photographed frame by frame, resulting in their being an illusion of depth by having numerous layers of artwork moving at different speeds.The object furthest away from the camera gives off the slowest speed.

Disney expanded on its use of the multiplane camera to create an interesting scene where they had the background and foreground move in opposite directions when the Evil Queen drinks her potion, and the surroundings appear to spin around her. Hence, Snow White became the first film to employ the use of a multiplane camera. As a result, combining this artistry with the new filming technology, animation of the time could create more powerful imagery. That allowed for greater directorial possibilities since the setting and characters could be manipulated in a more lifelike fashion making the experience more immersive.

Besides, the technique made it possible for special effects, such as the movement of water, and the flickering of the stars or light, as well. Though, what set Disney’s animation apart from the others was how they filled the celluloid in Snow White with a richness of detail not found in previous cartoons. Their process would go on to be called the Disney cel. For those unfamiliar with the practice, it involves the art of creating 2D animation by hand on sheets of transparent plastics called “cels.” Since 1990 cels are no longer used as companies, have switched to computer animation, and abandoned it altogether. The last Disney film to use cels was The Little Mermaid (1989).

The Advantage of Cel Animation

Now even though cel animation is no longer used, there were things it could convey more effectively than any other technique. But first, we must address that it is a labor-intensive process that created the classic Disney look we have come to cherish. We are talking 24 frames per second of vision to produce a beautiful cel animation. Work aside, the key advantages of cel animation entail being more cost-effective than traditional 2D, its unique art style that often surprises or wows viewers (it looks 2D but moves like 3D).

Further, when utilized by the best of the best, cel shading features the charm and warmth of a hand-crafted and tactile artwork. When we take a step back and look at the Disney works before 1990, many resulted in striking imagery that cannot be achieved with any other method.